Shahid Kapoor to Mark his Web Debut With Raj & DK's Next for a Leading OTT Giant?

As per new reports, the Jersey actor has come on board for Raj & DK's next for, though it's unclear if it's for Amazon Prime or Netflix. 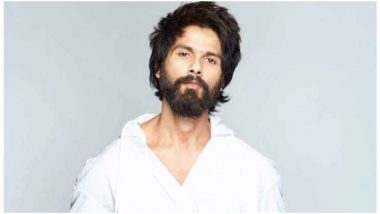 Shahid Kapoor could be the next A-lister who's eyeing his digital debut. The web is certainly the IT place currently and actors are busy signing multiple projects one after another. After Abhishek Bachchan forayed into digital space with his own web series, Breathe 2 there are reports that Shahid has decided to follow the suit for the same OTT giant. As per reports in Pinkvilla, the Jersey actor has come on board for Raj & DK's next for, though it's unclear if it's for Amazon Prime or Netflix. From Shahid Kapoor to Yami Gautam, 6 Actors Who Turned Their Box Office Fortunes for Good in 2019.

Speaking about the project details, a source close to the actor in his interaction with the same portal said, "Shahid has signed a big digital series which will be directed by Raj Nidimoru and Krishna DK, the directors of Stree and The Family Man. After tasting super success with The Family Man especially on the web, several OTT giants were in talks with the director duo to design a project for them. They have finally been signed on by a leading digital platform for an original show which will have all the essential ingredients that a usual Bollywood film has. It's a thriller that will have the quirks of Raj and DK infused in it. They approached Shahid for the same and he loved it. He has signed on the dotted line." Filmfare Awards 2020: Shahid Kapoor's Kabir Singh Act Deserved the Best Actor Win Over Ranveer Singh's Murad in Gully Boy Say Twitterati .

While we earlier read reports of Shahid grabbing a whopping Rs 100 crore deal with Netflix, there are chances that this project with Raj & DK could be a part of the same. The actor is currently shooting for the Jersey remake, post which he has Shashank Khaitaan's Yoddha. It's only after he wraps his current projects that he can allot his time to his web debut. Until then, let's keep hoping for an official announcement by the makers.

(The above story first appeared on LatestLY on Oct 13, 2020 05:22 PM IST. For more news and updates on politics, world, sports, entertainment and lifestyle, log on to our website latestly.com).