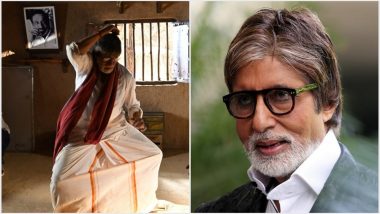 Amitabh Bachchan is the most loved, the most versatile actor of Indian cinema. The characters that he has chosen to do in the past, have inspired many youngsters. He is one of those legendary actors who has always impressed us by taking risks of taking up those kind of roles which other actors would have never even thought of. And when it was revealed that Big B (as he is fondly called) is all set to entertain his fans down south, nothing could make the movie fanatics happier. Amitabh Bachchan will next be seen in the Tamil movie Uyarntha Manithan. The veteran actor has shared a post about it. It is the part of the tweet in Tamil which has left his fans surprised and he has also given a glimpse of his look in the film which is intriguing. Amitabh Bachchan, Ramya Krishnan Reunite After Two Decades in 'Uyarntha Manithan'.

Amitabh Bachchan would be seen again sharing screen space with the Baahubali fame Ramya Krishnan. It is after a span of two decades that these two would be reuniting for a film. Directed by Tamilvanan, the film will also feature Suryah. The two pictures that Big B has shared shows him dressed in as a typical Tamilian. While sharing the post Big B wrote, “Two disciples under the shadow of the MASTER - Shivaji Ganesan .. Surya and self ! Shivaji the Ultimate Iconic Legend of Tamil Cinema .. his picture adorns the wall .. my respect and admiration , i touch his feet !” Baahubali Actress Ramya Krishnan aka Sivagami to Essay the Role of a Porn Star in Super Deluxe.

Take a look at the tweet Amitabh Bachchan shared:

T 3141 - Two disciples under the shadow of the MASTER - Shivaji Ganesan ..

Shivaji the Ultimate Iconic Legend of Tamil Cinema .. his picture adorns the wall .. my respect and admiration ,👣 i touch his feet ! 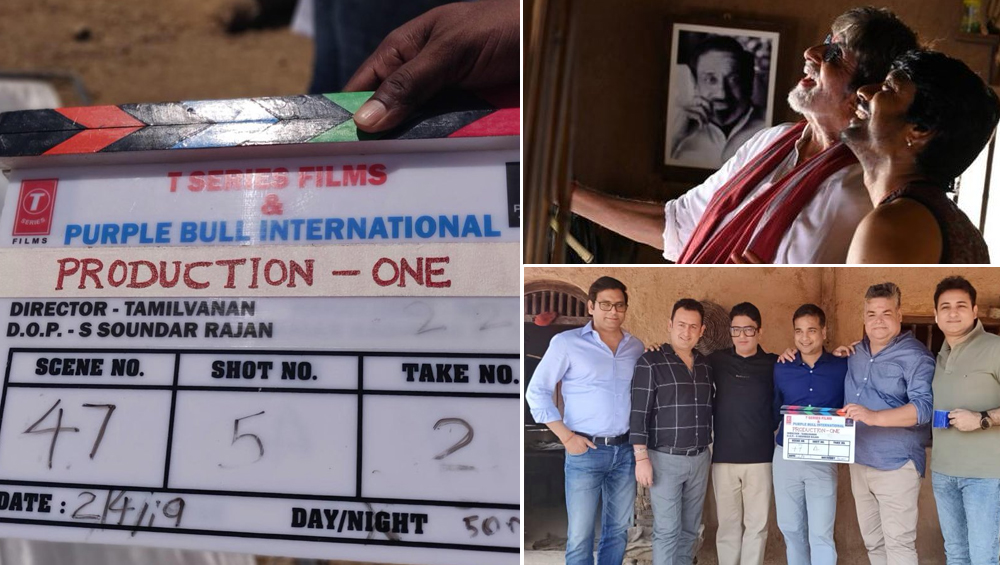 This isn’t the first time that Amitabh Bachchan has opened up about his admiration for Shivaji Ganesan. In his 2015 blogpost the veteran actor had penned down, “Shivaji Ganesan, who has left behind some of the most prolific performances, not just for the South to admire but indeed the entire film Industry of the country. I did my first Hindi film in the South, which was a remake of a Shivaji Ganesan film ‘Kaikudhta Deivam’, and the amount of trouble I had during its making, not being able to even reach an inch of the work that was done by Shivaji in the original.” Let’s wait and watch how Uyarntha Manithan turns out for Amitabh Bachchan.

(The above story first appeared on LatestLY on Apr 06, 2019 02:27 PM IST. For more news and updates on politics, world, sports, entertainment and lifestyle, log on to our website latestly.com).