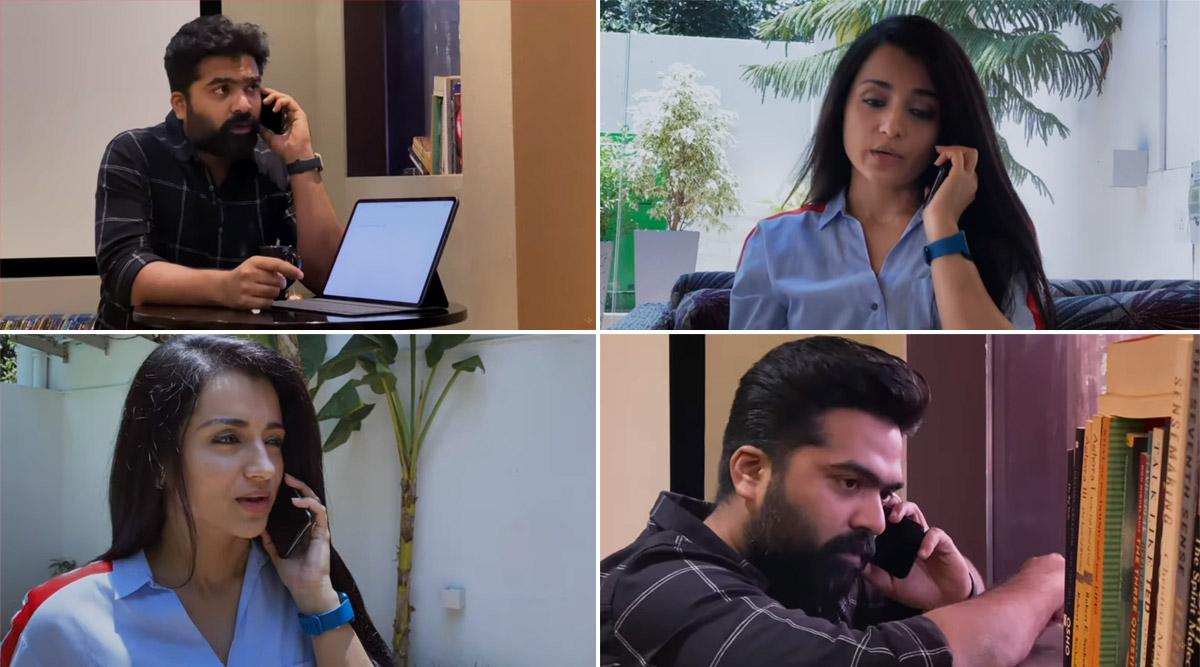 Still in love with Karthik and Jessie's unfulfilled love story? I still do, as the haunting memories of Vinnaithaandi Varuvaayaa continues to be with me even after 10 years of its release. The Gautham Menon film starred STR (Silambarasan) and Trisha Krishnan in the lead. STR played Karthik, a budding filmmaker who falls for his beautiful neighbour, Jessie, a Malayali Christian. Set to some beautiful tunes of AR Rahman, this love story had many lovely moments, soulful dialogues, sweet kisses and an unconventional ending. Not to mention, cameos from Samantha Akkineni and Naga Chaitanya. Samantha Akkineni Birthday: Did You Know She Had Already Made Her Bollywood Debut and We Had Also Missed Seeing Her as Leading Lady Opposite Aditya Roy Kapur?

Now 10 years later, Karthik and Jessie are back on our screens, albeit for a short film. Titled Karthik Dial Seytha Yenn, Gautham Menon had directed the film that explores the fictional situation about what if still single Karthik and a much married Jessie continue to be friends after her marriage. And what happens when he tries to rekindle their romance while in lockdown.

When we see Karthik first, he isn't the lanky young boy anymore. A little heftier, which STR has also become IRL, and sporting a glorious beard, Karthik continues to pen screenplays and make movies. Thanks to some lockdown blues, he is suffering from writer's block. So he calls the one person who is reason why is he is a filmmaker - Jessie. Trisha Krishnan Reveals ‘Sex and the City’ Is Her All-Time Favourite Web Series!

After the customary greetings, Karthik once again tries to make her invoke her past feelings for him, out of his own frustration. A patient Jessie tries to motivate him, while also reiterating that she is very much in love with her husband and doesn't see Karthik the same way any more. In between, they also discuss how lockdown has affected movie business in Tamil Nadu, another reason for Karthik's frustration. Jessie, who is in Kerala, also drops a comment on how the state has skilfully handled the crisis.

Watch The Short Film Below:

Overall, it is a pretty interesting experiment, done maintaining the social distancing rules, and keeping the magic of the original film intact. STR keeps that brooding intensity in place of the old chocolate boy looks. Trisha, meanwhile, is just.... sigh! Dreamy as ever, reminding us boys, why we also fell in love with Jessie in the same way as Karthik. And yup, AR Rahman's signature VTV tune continues to hold its magical sway over us.

So how did you find the short film? Share your thoughts in the comments section below.