Mani Ratnam Birthday Special: 7 Best Films of the Master Director Ranked by IMDb and Where To Watch Them Online (LatestLY Exclusive)

Although his filmography of directorials is just about 26 (excluding Ponniyin Selvan), Mani Ratnam has made some eternal classics like Mouna Ragam, Nayakan, Thalapathi, Anjali, Roja, Bombay, Iruvar, Alaipayuthey among others. Most of his films have achieved critical or commercial success, and mostly both. 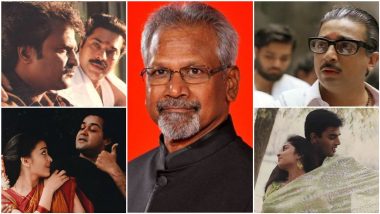 Age might be catching up with the great Mani Ratnam, but there is no stopping the filmmaker when it comes to his passion - Cinema. Currently, one of Indian cinema's most influential filmmakers is busy in the production of his most ambitious movie - Ponniyin Selvan. A period saga, Ponniyin Selvan features an ensemble cast involving the likes of Vikram, Aishwarya Rai Bachchan, Jayam Ravi, Karthi, Trisha, Jayaram. Sarathkumar, Parthiepan, Prabhu, Vikram Prabhu, Aishwarya Lekshmi, Lal and Sobhita Dhulipala. Most of whom would have simply signed the film, trusting the unwavering vision of this amazing director. Ponniyin Selvan: Aishwarya Rai Bachchan to Play the Antagonist in Mani Ratnam’s Magnum Opus?

Although his filmography of directorials is just about 26 (excluding Ponniyin Selvan), Mani Ratnam has made some eternal classics like Mouna Ragam, Nayakan, Thalapathi, Anjali, Roja, Bombay, Iruvar, Alaipayuthey among others. Most of his films have achieved critical or commercial success, and mostly both.

On the occasion of this legendary filmmaker's birthday, we look at seven films directed by Mani Ratnam and rank them as per IMDb. In ascending order... 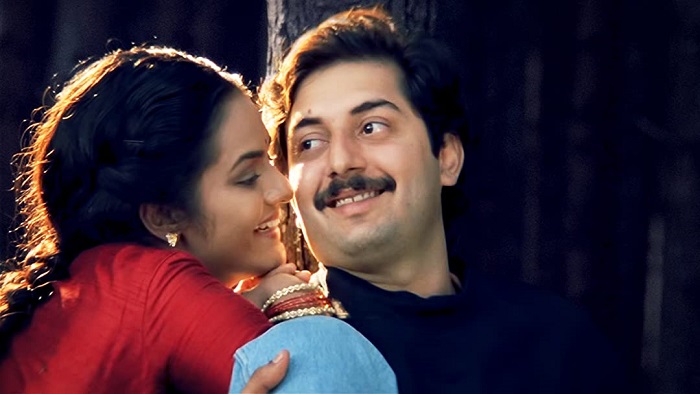 The movie that introduced us to both Arvind Swamy and AR Rahman, Roja is a love story set against the backdrop of Kashmir militancy. Roja's soundtrack is still one of Rahman's best, and the movie is still appreciated for its nuanced take on the controversial subject of terrorism. Also stars Madhoo and Pankaj Kapur. Roja is streaming on Amazon Prime Video. 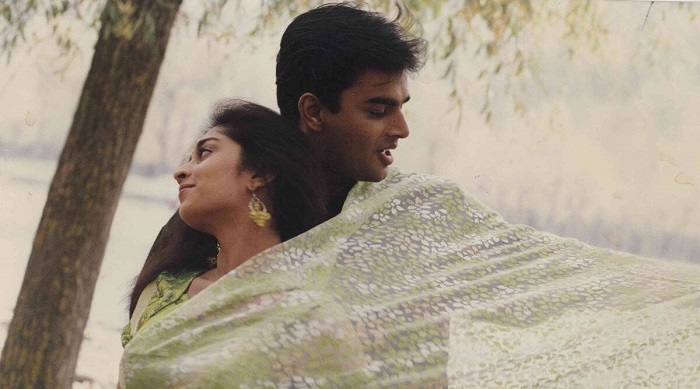 Shalini and R Madhavan in Alaipayuthey (2000)

The movie-goers thanks Mani Ratnam for giving them R Madhavan (in his lead role) and Shalini (now Ajith). What begins as a breezy romantic drama soon turns into a deconstruction of a marriage on the verge of breakdown. Also features Arvind Swamy and Khusbu Sundar in cameo roles. Alaipayuthey is streaming on Amazon Prime Video. 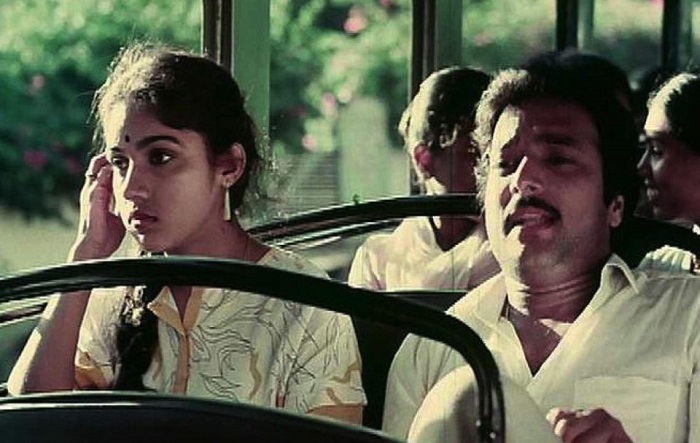 Revathy and Karthik in Mouna Ragam (1986)

An evergreen classic and a different love triangle for its times, Mouna Ragam is about a girl who is married to a good-hearted businessman, but she cannot get herself to love him because of her past. The movie stars Revathy, Mohan and Karthik in the lead, and is streaming on Amazon Prime Video and MX Player. 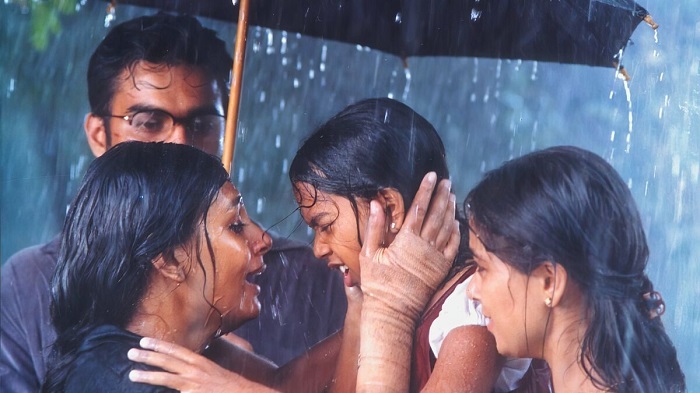 A family drama about a couple who falls in love while adopting an orphan, gets married and have their own kids. But the when their first child grows up, she wants to meet her biological parents who could be Sri Lankan extremists. R Madhavan and Simran play the lead roles, while the movie also stars Nandita Das and Prakash Raj. Kannathil Muthamittal is streaming on Amazon Prime Video. 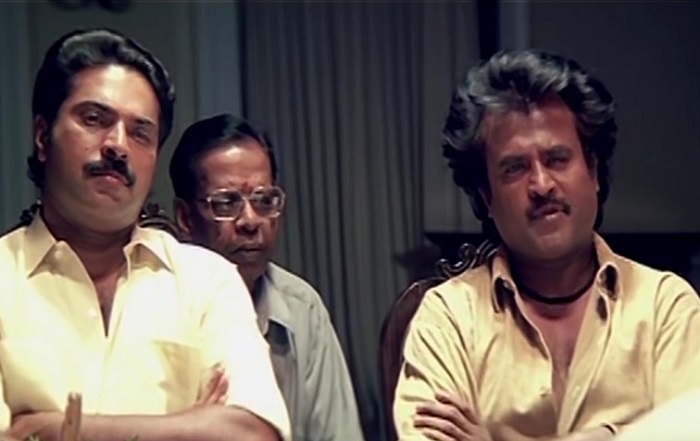 Mammootty, Nagesh and Rajinikanth in Thalapathi (1991)

Mani Ratnam's second best gangster drama (will get soon to the first) is inspired by the tale of friendship between Karna and Duryodhana from Mahabharata. Thalapathi features two of Indian cinema's stalwarts - Rajinikanth and Mammootty - in the lead, and every scene featuring them is a masterclass in acting. The movie also stars Arvind Swamy, Shobana, Geetha, Bhanu Priya, the late Srividya and the late Amrish Puri. Thalapathi is streaming on Amazon Prime Video, Eros Now and MX Player. 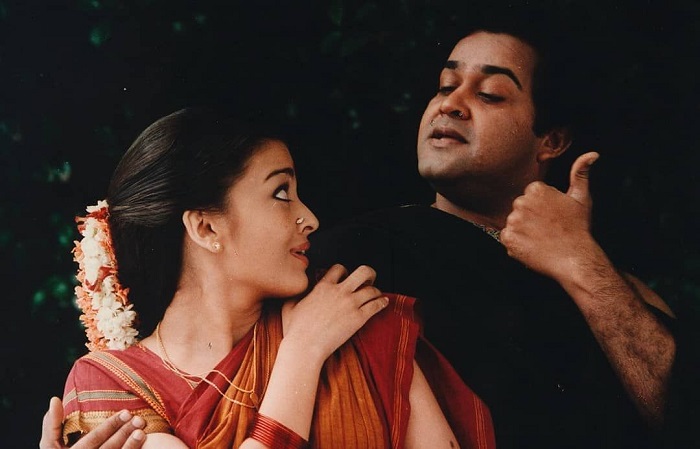 Aishwarya Rai and Mohanlal in Iruvar (1997)

From one Malayalam superstar to another. After collaborating with Mohanlal in Unaroo, Mani reunites with the acting legend again for this political drama that takes inspiration from Tamil Nadu politics. While Mohanlal is incredible as not-MGR, Iruvar features another powerhouse performance from Prakash Raj, who earned a National Award. Iruvar also marks the acting debut of Aishwarya Rai Bachchan, is streaming on Amazon Prime Video and Disney+ Hotstar. 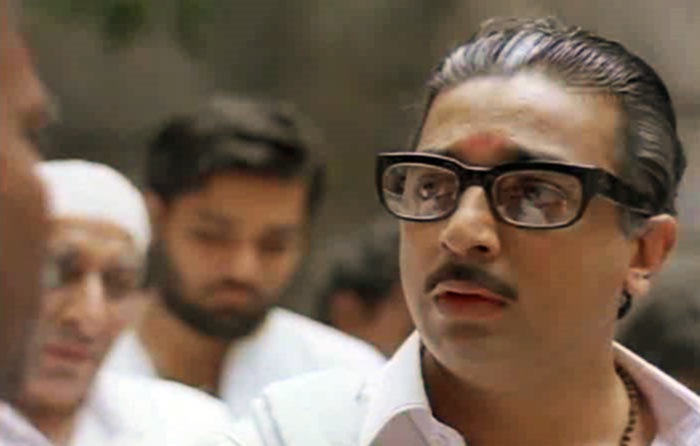 It is a still a huge surprise that Kamal Haasan and Mani Ratnam never chose to work with each other again, though they are related  by marriage (Mani is married to Suhasini, who is Kamal's daughter). And also, the one film that they acted together was a masterpiece in every sense. Partly inspired by The Godfather saga, the film chronicles the rise of a Tamilian outsider who comes to Mumbai for livelihood but circumstances turn him one of the city's most feared and respected dons. Kamal won a National award for his performance. Nayakan is streaming on Amazon Prime Video, SunNxt and Eros Now.

(The above story first appeared on LatestLY on Jun 02, 2021 08:21 AM IST. For more news and updates on politics, world, sports, entertainment and lifestyle, log on to our website latestly.com).