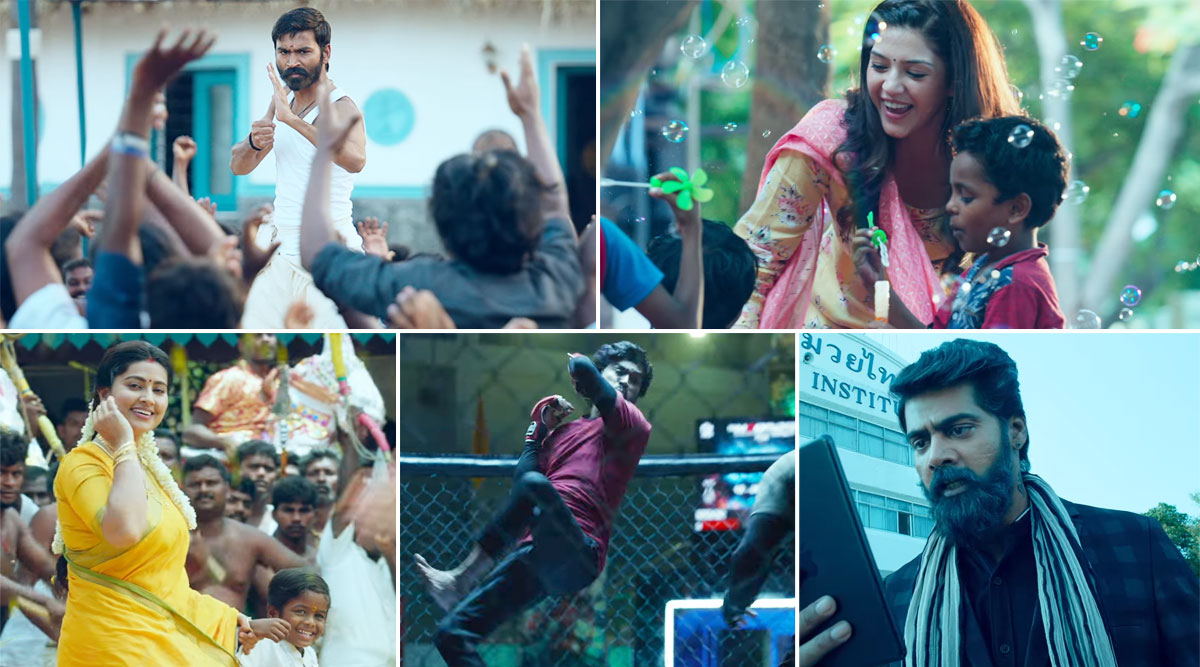 Dhanush starrer Pattas trailer is finally out! The buzz of the trailer was way too high, owing to the promotions made by the star himself. If we go anything by the newly released video of this Tamil entertainer, it is everything massy and vibrant! We see Dhanush in a comic as well as action avatar with lots of dance and action scenes filled into the film. We can see him romancing both the actresses Mehreen Pirzada and Sneha here. Pattas Motion Poster: Dhanush Returns with a Mass Entertainer and it Can't Get Better than This (Watch Video).

In some of the glimpses, we can see Dhanush being all goofy and funny and trying to impress Mehreen Pirzada's character. While in other, we see a relatively serious and focused, skilled Dhanush who romances Sneha. He is also shown indulging in some kickboxing and martial arts scenes. It should be seen whether the actor has some dual role hidden here or whether the story has him change his personality and his love life as a result. The thumping music and killer dance moves are a visual treat to the actor's fans. Check out the trailer below.

Directed by RS Durai Senthilkumar, Pattas will release on January 16, 2020. Interestingly, it is hitting the screens just six days after the release of his megastar father-in-law Rajinikanth's Darbar. Even though not a perfect clash at the box office, it will be interesting to see how the audience reacts to both these flicks. The film also stars Nassar, Ramdoss, Ramesh Thilak, George Maryan.