RIP Noor Bhai: Ala Vaikunthapurramuloo Teaser Announcement Cancelled after the Demise of a Fan, View Pics of Noor Mohammed with the Mega Family

The announcement on Ala Vaikunthapurramuloo has been called off post the demise of a mega fan named Noor Mohammed. He is said to be the ‘mega fan’ of the ‘mega family members’. 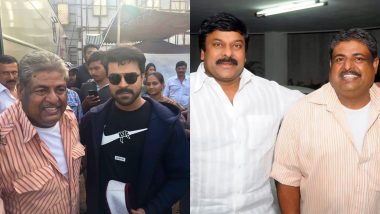 Ala Vaikunthapurramuloo is the upcoming flick starring Allu Arjun and Pooja Hegde in the lead. Since quite some time fans were waiting for an update on this movie and the makers were even supposed to make an announcement on the teaser date of Ala Vaikunthapurramuloo. However, the announcement has been called off post the demise of a mega fan named Noor Mohammed, who is fondly called as Noor Bhai. He is said to be the ‘mega fan’ of the ‘mega family members’. Attoor Ravi Verma, Renowned Malayalam Poet and Translator, Passed Away at 88.

Many Tollywood fans have offered their condolences on Twitter on the sudden demise of Noor Bhai. Some have even shared pics of him in which he can be seen posing with the megastars of Tollywood. It includes Chiranjeevi, Pawan Kalyan, Ram Charan, Allu Arjun, Allu Sirish, and many others. The production house Geetha Arts shared an official post on Twitter that read, “Demise of a fan is like losing an extended family member. Noor Bhai was like family to all of us. Due to unforeseen circumstances, we don't feel that this is the time for any fancy announcements. We will surely update details about #AlaVaikunthapurramulooTeaser soon. #RIPNoorBhai”. Shah Rukh Khan Gets Nostalgic as Fauji Director Colonel Raj Kapoor Passed Away.

So sad to hear that the biggest mega fan #NoorBhai passed away. May his soul rest in peace 🙏🙏#RIPNoorBhai pic.twitter.com/bEynZkRG75

Due to the sudden demise of Noor Mohammed senior Megafan RTC X ROADS.. We are calling off the today #Dhruva trend!! Rest in peace Noor Bhai 🙏🙏 #RIPNoorBhai pic.twitter.com/ifO4zZuWK0

One With Allu Arjun

Ram Charan shared a post on his Insta story that read, “Fans are Family. Will truly miss our beloved family member Noor Mohammad Ji. His positivity and helping nature set a benchmark for young generation. May you rest in peace”.

Post Shared By Ram Charan On Demise Of Noor Bhai 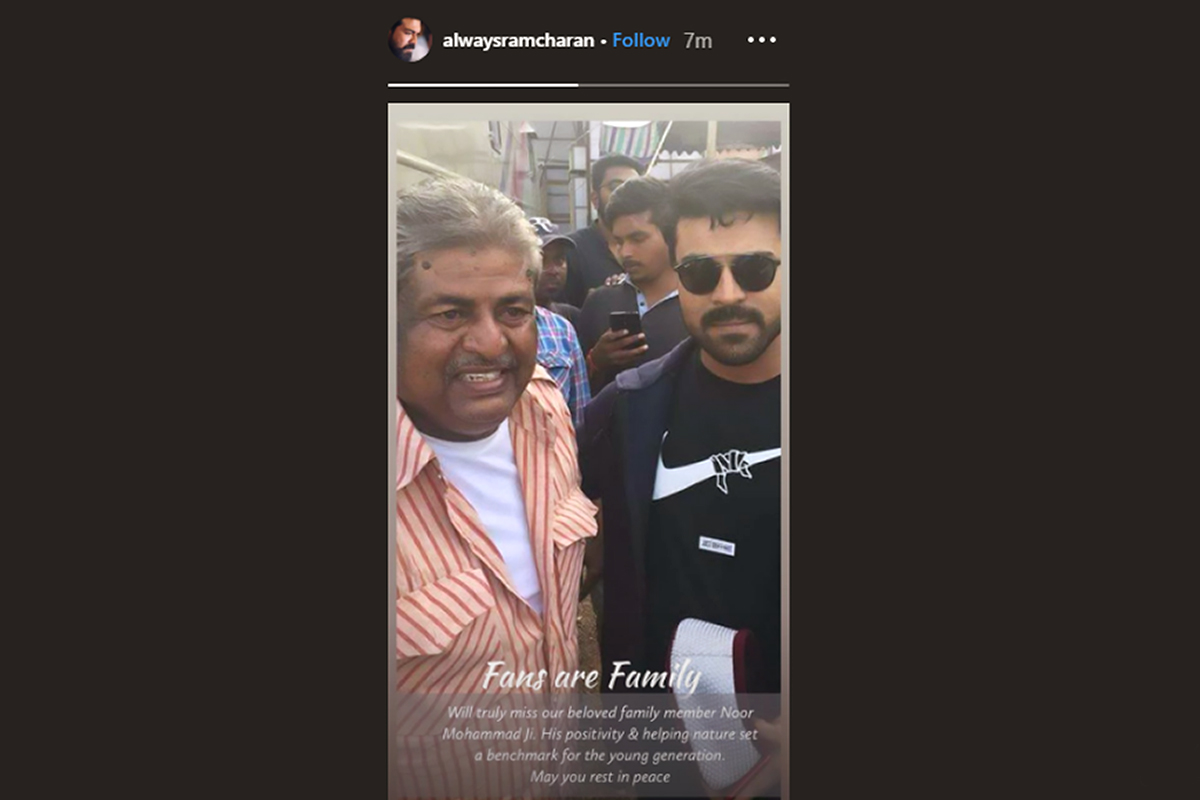 (The above story first appeared on LatestLY on Dec 08, 2019 12:31 PM IST. For more news and updates on politics, world, sports, entertainment and lifestyle, log on to our website latestly.com).