RRR: These Vintage Stills Are Claimed To Be Ram Charan and Alia Bhatt's Looks From SS Rajamouli Movie (View Pics Inside) 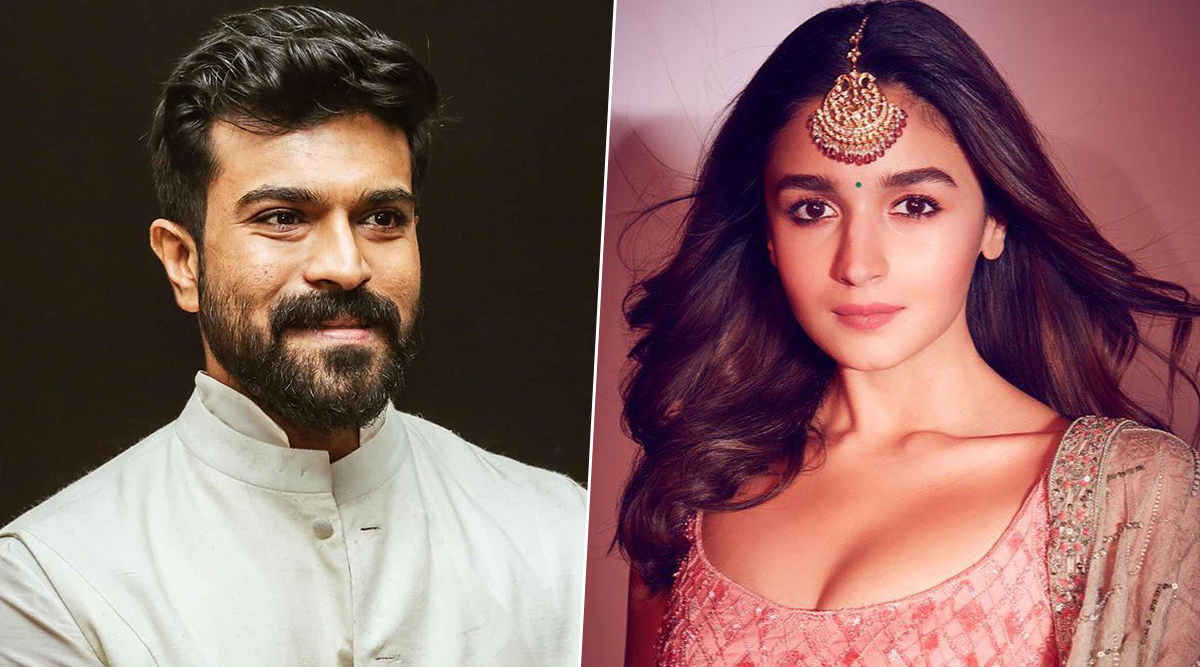 SS Rajamouli's next big outing aka RRR is something everyone is hyped about. The director spent years on his last franchise which was Baahubali 1 and 2 and made it a blockbuster that it is. Naturally, the expectations from his next directorial are sky high. Every little detail from the sets is being searched and talked about. Adding to this, there are these leaked pictures that are claimed to be lead stars Ram Charan and Alia Bhatt's looks from the period drama. RRR: Ajay Devgn Is Not Charging To Act in SS Rajamouli’s Magnum Opus?.

The picture is going viral on the social media that is said to be leaked from the sets. However, it is yet to be confirmed whether they are morphed or fake fan-made images. In the snap, we can see Ram Charan in the British officer's uniform as Alluri Seetha Rama Raj. On the other hand, Alia is seen in a saree with the 'pallu' over her head and a big bindi with the name 'Sita Mahalaxmi' printed below. Interestingly, Alia is also doing a biopic on Gangubai Kathiawadi in which she sports a similar large bindi and saree. The picture looks vintage and it is difficult to predict the authenticity of the same.

Are These Ram Charan and Alia Bhatt's Leaked Pictures?

RRR is said to be one of most ambitious multi lingual films after Baahubali. It is reported to be a fictional work about India's freedom fighters, Alluri Sitarama Raju and Komaram Bheem who fought against the British Raj and the Nizam of Hyderabad. Apart from Alia, the fans will also get to see Ajay Devgn's debut in the south film industry through this movie. Coming back to the pictures, it is better wait for the confirmation from the makers themselves.