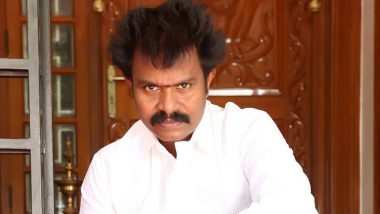 The horrific incident that happened in in Tuticorin, Tamil Nadu, left everyone across the country shocked. The death of the father and son duo, Jayaraj and Bennicks in police custody, who were allegedly were beaten badly and tortured that led to their deaths, left everyone traumatized. Be it the commoners or celebs, everyone have come forward and demanded #JusticeForJayarajAndBennicks. Director Hari, who is known for his Singam series, issued a statement in which he has mentioned that he regrets making five of his film that glorifies cops. Tuticorin Custodial Deaths Case: All About The Killing of Jayaraj and Bennicks That Has Drawn Parallels With George Floyd's Murder.

Director Hari’s letter, dated and signed June 28, reads that no person should undergo such brutality. He wrote in his letter, “The Sathankulam incident should not happen to anyone else in Tamil Nadu. The only way for that is to punish all those involved with the highest sentence. The violation by some in the police force has brought dishonour upon the entire force. I am deeply saddened today for having made five films glorifying the police.” Justice for Jayaraj and Bennicks: Rajinikanth Condemns the Horrific Incident, Calls their Family to Offer his Condolences.

Director Hari regrets making five films which glorified the police force in his career. He says Tamil Nadu people shouldn't be subjected to another cruel incident like the one that happened in #Sathankulam.#JusticeForJayarajandBennicks #DirectorHari pic.twitter.com/whYYzfxos8

The cop dramas directed by Hari are Saamy, Singam, Singam II, Singam III and Saamy Square. All these films glorified police officers. Even superstar Suriya issued a statement in which he demanded justice for Jayaraj and Bennicks and also asked the lawmakers to look into the matter. There are many other celebs who have raised their voice demanding justice for the father and son duo. It includes Rajinikanth, Priyanka Chopra Jonas, Kamal Haasan, Kajal Aggarwal, Kareena Kapoor Khan, Pa Ranjith, among others.

(The above story first appeared on LatestLY on Jun 29, 2020 08:34 AM IST. For more news and updates on politics, world, sports, entertainment and lifestyle, log on to our website latestly.com).