Watching Virus in the Times of COVID-19: 7 Lessons the Entire Nation Can Learn From Aashiq Abu’s Malayalam Medical Thriller (SPOILERS)

Directed by Aashiq Abu (who has also produced the film), Virus is inspired by the 2018 Nipah virus outbreak in Kerala, and how the state machinery managed to control the outbreak. It borrows the narrative format of the 2011 thriller, Contagion, that was directed Steven Soderbergh. 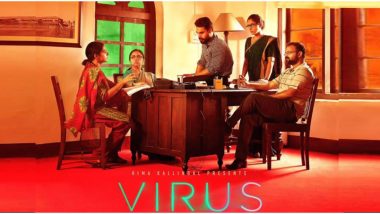 Virus had been my favourite Malayalam movie of 2019. Sure I loved Kumbalangi Nights, and doted on Vikruthi, Unda, Thaneermathan Dinangal, Android Kunjappan, Uyare, damn... last year has been really good for Malayalam cinema, hasn't it? But Virus holds a place above the rest for its ability to make a gripping thriller out of a real-life incident and its fantastic use of an ensemble cast, where every character helps in running the wheels of its amazing screenplay to reach its triumphant conclusion. From Fahadh Faasil’s Kumbalangi Nights to Mammootty’s Unda, 7 Malayalam Movies of 2019 to Watch If You Want a Break From Bollywood Masala!

Directed by Aashiq Abu (who has also produced the film), Virus is inspired by the 2018 Nipah virus outbreak in Kerala, and how the state machinery managed to control the outbreak. It borrows the narrative format of the 2011 thriller, Contagion, that was directed Steven Soderbergh. If you have seen Contagion, though, you would realise that it works more as a disaster film, very bleak in its tone with a few moments of goodness. And yes, it is pretty fictional. Coronavirus Outbreak: From Contagion to Virus, 5 Gripping Movies That Revolved Around Mass-Threatening Epidemics.

Virus isn't like that. The turn of events are scary and worrisome, but by the end, the movie is a celebration. Of the indomitable human spirit within everyone of us. It is not just a landmark moment in Malayalam Cinema, but for Indian cinema as a whole.

I had seen Virus much before the outbreak of COVID-19 earlier this year. While Nipah and Coronavirus belong to different strains of viruses, the symptoms, the method of transmission and the effects are nearly the same. So I wondered how it would be to watch the film while the country right now is in the grip of the pandemic.

There is also the fact that Kerala, based on its own experience of handling Nipah, has also managed to control the spread of COVID-19, much better than other states in the country. Its Health Minister, KK Shailaja Teacher, has been interviewed by BBC on the efficient handling on the situation, while The Guardian has done a positive piece on her. In fact, Revathy's character in Virus, Minister CK Prameela has been inspired by her. K Sudhakar Praised Kerala's Healthcare System And COVID-19 Response, Says KK Shailaja After Video Conference With Karnataka Minister.

With these new developments in mind, I thought of rewatching Virus on Prime Video and thought I could seek out a few lessons of its handling of the Nipah outbreak. The experience thereon had been quite enlightening. I managed to retrieve these seven lessons that we can learn from the film in how to tackle the COVID-19 and the accompanying menaces. 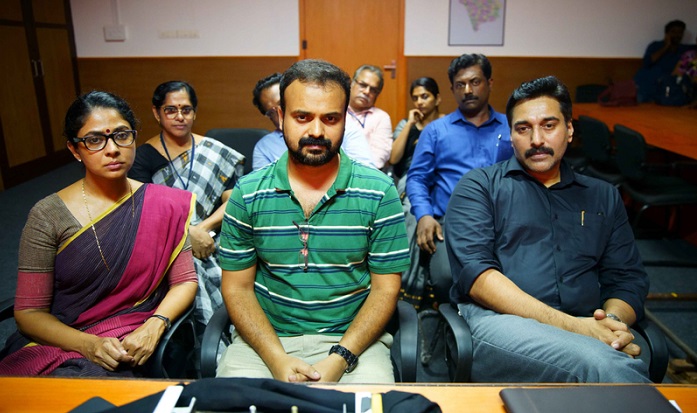 Virus the film doesn't point out one person and calls him or her as a hero. It insists that every person involved in the mission, be it the minister, the district collector, the doctors, the ambulance drivers and the morgue workers - all have played an equal role in curbing the pandemic. Like the speech that the minister delivers in the climax, you cannot place this victory in a personal capacity, it has been a victory of humanity. It is when you give a face to the fight is when it becomes less of a humanity and more of a propaganda. That said... 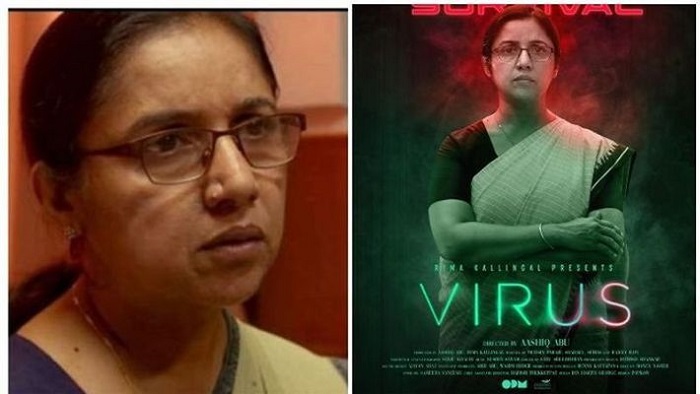 Even though it was a collective effort, there was a need of good leadership in top to focus on what needs to be done. That's where Revathy's Health Minister, Tovino Thomas' district collector and Poornima Indrajith's Director of Health Services came into play. The way they carried out their business without coming in the way of the medical staff - at one point, even Poornima's character falls victim to the virus before making a recovery - it showed their commitment and grit to tackle the menace. Their practical, scientific approach to the problem is what worked for their people, done without delving into needless politics and passing the blame. Or for the matter, asking the public to bang their vessels. 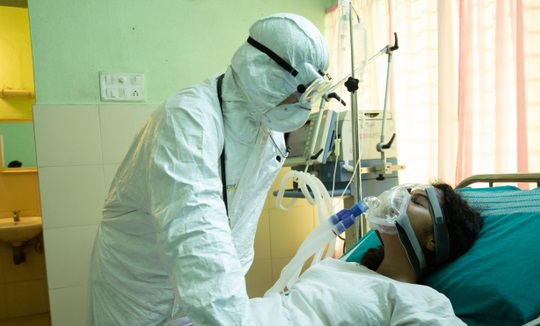 A Still from Virus

Even before the movie shows the outbreak, Virus makes you realise the painstaking efforts the doctors have to put in every day, especially in government hospitals. The opening title sequence shows Sreenath Bhasi's Dr Abid Rahman and his colleagues handling patients with various ailments tirelessly. In another scene, Rima Kallingal's ill-fated but brave Nurse Akhila is chastised by the relative of a patient for just taking a small break to talk to her husband who is in the Gulf. It is a thankless profession, at times, so Virus is a fantastic tribute to these warriors. It clearly states that the medical staff has to be protected and empowered in handling a crisis like this.

Doctors are shown as part of strategic meetings, important decisions are taken in the presence of medical experts and above all, they are assured that the system won't be disregarding their own safety.

In real life, with doctors and medical staff complaining about lack of PPE kits and proper accommodating facilities across the country, that should have been the priority for the Health Department - empowering their frontline warriors.

Track, Investigate and Never Let The Guard Down 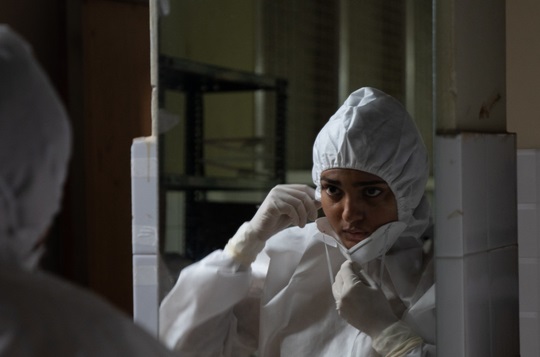 The beauty of Virus as a film is that it is not a docudrama, even though it does give off that idea. It is an investigative thriller as Kunchako Boban's Dr Suresh Rajan and Parvathy's Dr Annu try to figure out how the epidemic came into being. They do so from questioning the relatives of the patients, to turning detective  and figuring out how the patient zero got in contact with the virus. This is important since it helps to identify and control the cluster, and also perhaps be prepared when the next outbreak arrives.

Getting back to real-life, few of the first cases of COVID-19 in India were found in Kerala and the state immediately went for testing and quarantining. By March, the state registered the highest number of cases, because they had been testing. So by the time, the rest of the nation caught up, the state has managed to being the numbers down and kind of showed the way to the rest. After watching Virus, you will know why.

Don't Make Things Worse Than It Should 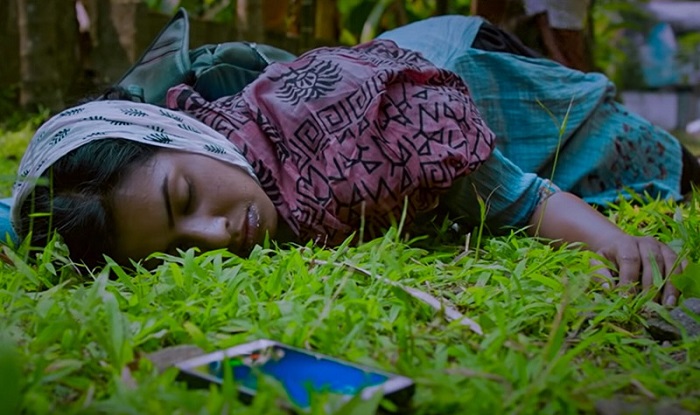 A Still from Virus

Worse than the pandemic is the amount of fake news peddling and hate-mongering that's happening in this country. Virus doesn't really give importance to fake news spreading, as should we. Though there is a brief moment when a news channel has a 'scientist' and a politician fight over speculations. In fact, the news channel anchor ends the fight immediately, instead of letting it heat up, and then goes on to ask pertinent questions to the Director of Health Services.

But it does address how communal angle pokes its head up whenever a crisis comes up.

Watch The trailer of Virus here:

In Virus, the patient zero is Zakariya, played by Sudani from Nigeria director Zakariya Mohammed, who doesn't survive the disease. Since, he is a Muslim with six SIM cards and have spent months in Gulf, of course there is a needle of suspicion on him being a bio-terrorist. Funnily, it is the two experts sent by the Central Government who pushes this terrorism angle, trying to force their agenda even when there isn't any conclusive proof. Thankfully, none of the others really want to buy their angle, and do their best to find out what's the real truth. And for those who are blaming Chinese for causing the virus by eating things they shouldn't, the final scene of the film shows that's not always the case. Which, for the matter, is also what Contagion also points out. So stop the needless conspiracy theories that do nothing but create chaos and unwanted harm. Some media channels also please take note.

Humanity Over Anything Else 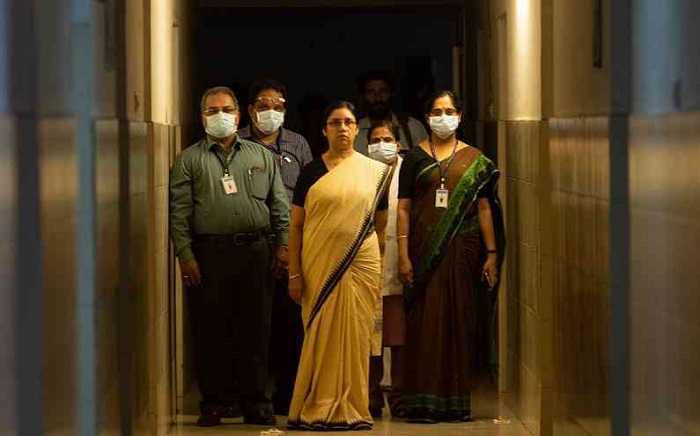 A Still From Virus

Virus is not about the spread of, well, the virus. Rather, it is the triumph of humanity over the disease, which makes it a very uplifting film, unlike Abu's earlier Maayanadhi (masterful but depressing). Ironically, it is an act of humanity that causes the problem in the first place, but it takes collective effort of the rest to stand above the adversities to nullify it.

There is a scene where Tovino's district collector tells the group of ambulance drivers about how the people are surprising him by going beyond the call of duty to fight the crisis. He mentions how an industrialist donated 80,000 PPE kits sent through a chartered plane so that doctors have enough equipment. Or how an anonymous man dropped off a bunch of masks without revealing his name. Rima Kallingal's Nurse Akhila, based on the real-life martyr Lini Puthussery, kept on giving the right diagnosis of her own ailment, even when she was dying. In the climax, the Minister in a function to commemorate the heroes tells the audience that a few days back people were scared to even sit next to each other. And that day, they are together because of the united efforts to defeat the virus. She also mentions that the virus spread because some of the earlier victim tried to help a dying patient, which she admits is a cruel twist of fate. But it is also the same humanity that helped the people survive the outbreak, and now no one can ever defeat them. And looking at how Kerala actually controlled Coronavirus spread when other states are struggling, done by the collective efforts of the government, the doctors, the police, and the public - it feels quite prophetic.

This Too Shall Pass... If Done Right! 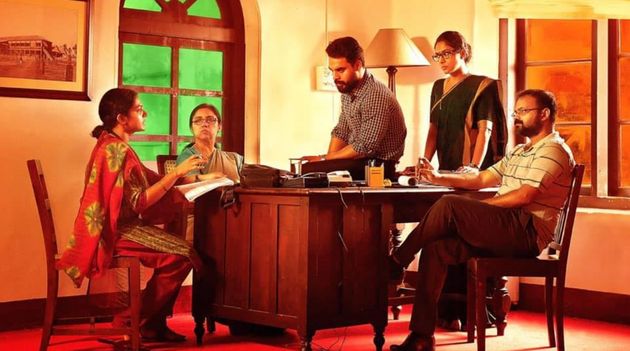 A Still From Virus

The poignant part about the movie that it was based on true events, fictionalised for dramatic reasons of course, and how a state managed to come out of a crisis on their own. The lingering, unspoken message that the movie tells me on what is my third watch, is that the current crisis also shall pass. Humanity has survived two World Wars, a great plague, a Cold War and a huge recession since the beginning of the 20th century. All we need is our survival instincts and the ability to think for what's best to protect ourselves and others from the threat. For that our politicians need to stop playing petty ego games and we need to start demand accountability from them, while doing our bit for the society. Stay Home, Stay Safe and Stop Hating Each Other!

(The above story first appeared on LatestLY on May 22, 2020 04:20 PM IST. For more news and updates on politics, world, sports, entertainment and lifestyle, log on to our website latestly.com).