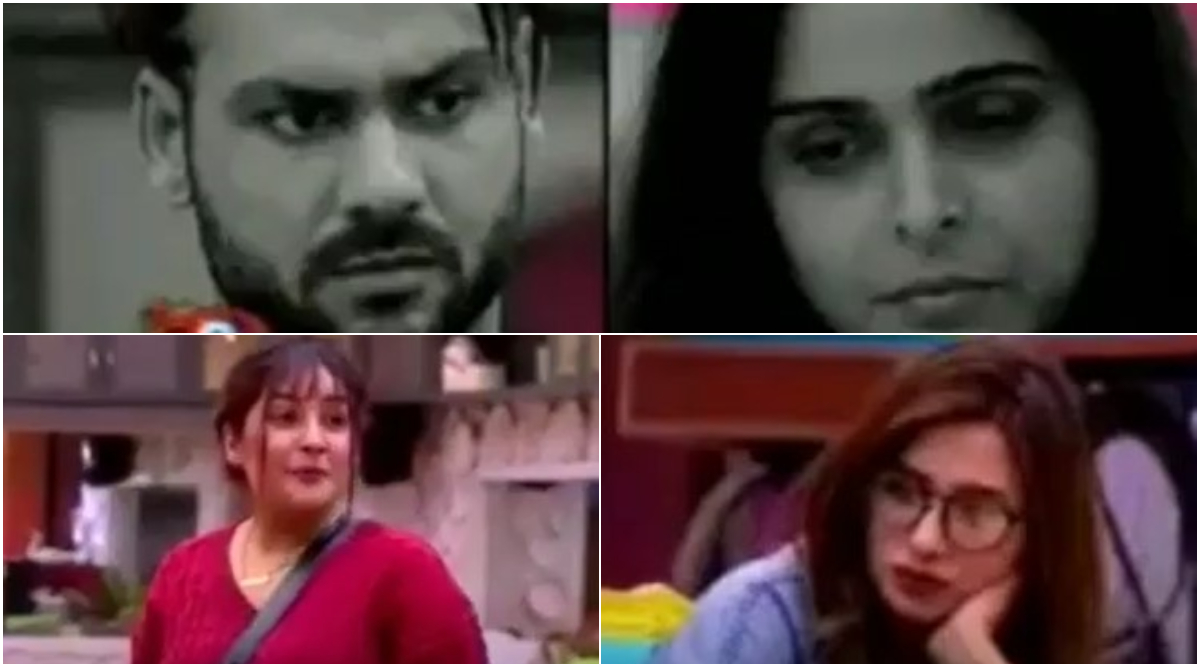 The controversial reality show, Bigg Boss 13 is day-by-day getting interesting. Monday's (Jan 6) episode saw Madhurima Tuli hitting Vishal  Singh with a chappal and also Shehnaaz Gill breaking down because of Sidharth Shukla. After all this mess, Bigg Boss nominated Tuli for two weeks as she went the violent way. Not just this, Bigg Boss also asked for an answer on who among the two, Madhurima and Vishal wants to leave the show? On the same lines, Tuesday's (Jan7) episode will start with the exes arguing and discussing who needs to quit the show. Bigg Boss 13: Shehnaaz Gill Slaps Sidharth Shukla; Fans of the Punjab Ki Katrina Trend #RoarLikeSana to Extend Support (Read Tweets)

Cut straight to another part of the precap, we see the nomination process finally taking place wherein Shehnaaz Gill again will be seen showing her true colours and targeting Mahira. Going by the snippet, it looks like Sana does not want to save Mahira from nominations which will not go down well with Paras Chhabra. Later, instead of Mahira, inmates take Arti Singh's name to save from nominations, to which Sana also seems to have a problem. Later, Paras is seen discussing about Shehnaaz with Sidharth Shukla wherein the former tags her rude and the latter replies 'totegi ek din'. Bigg Boss 13: Sidharth Shukla Beats Asim Riaz, Fans Want the Former to Lift the Winner’s Trophy (Poll Result Inside).

Well, the interesting part about Tuesday's episode is going to be who will quit the show, Madhurima or Vishal, or was their fight just a drama? Also, it was Shefali Bagga who got evicted recently due to fewer votes by fans. Finally, we cannot wait to witness the nominations task. Stay tuned to LatestLY for all the updates on BB 13!