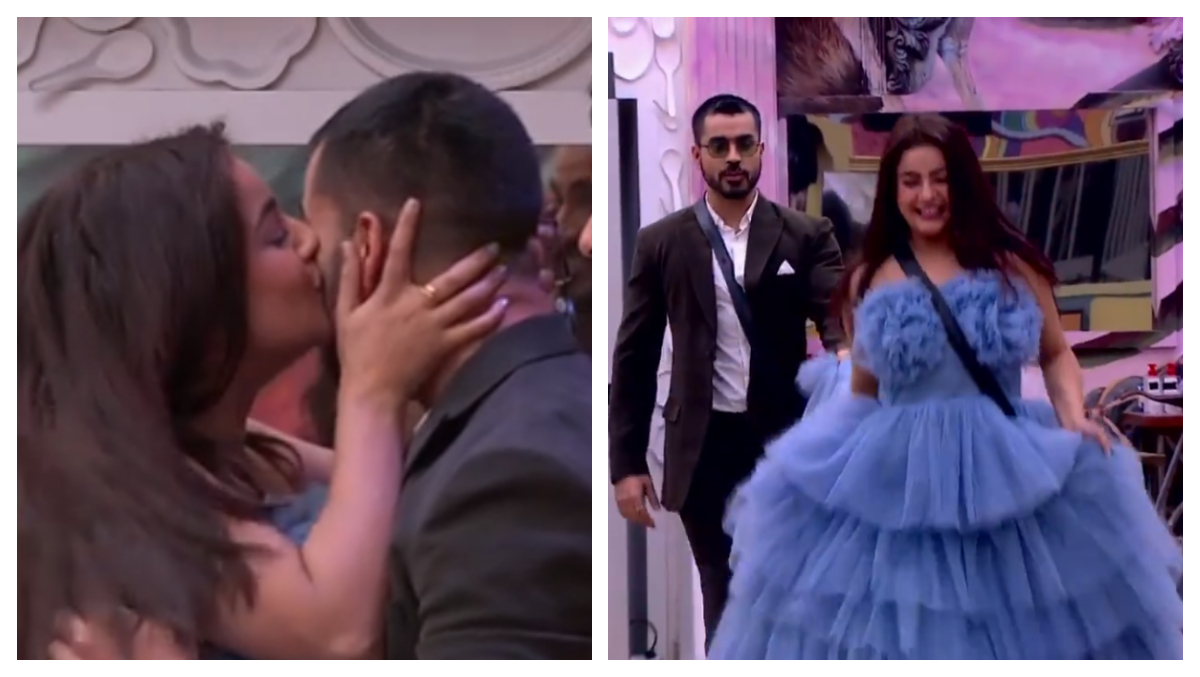 Gautam Gulati was the 'bad boy' of Bigg Boss 8. He went on to win the show as a one-man army. Of course, millions of girls became his fans over the course of the former season. One of those girls was Shehnaaz Gill, who is a contestant on the current, 13th, season of Bigg Boss. She has expressed her love for Gautam on the show on multiple occasions. When Gautam's rival Karishma Tanna had come on the show as a guest, Shehnaaz had openly declared that she liked the handsome hunk more. So, obviously, if Gautam was going to come on BB, Sana was going to freak out. And so she did. And after he left, she apologised to him on camera. Bigg Boss 13: Shehnaaz Gill Slid Into Kartik Aaryan's DM But He Did Not Respond.

Gautam arrived on the show and went inside the house, as a guest. Right at that moment, Shehnaaz lost her cool and ran up to him and hugged him. She also showered him with a lot of kisses. When we saw a lot, we mean it.

Shehnaaz continued to run after and kiss Gautam. The two even danced together a little on Dil Diyan Gallan. Gautam could not believe how cute Shehnaaz is. Fans also loved the moment. After the episode, fans trended #GautiNaaz on Twitter ditching #SidNaaz. Bigg Boss 13: Vishal Aditya Singh Was Examined By Doctors After Being Hit By Madhurima Tuli With A Pan.

Later, after host Salman Khan pulled her leg, Shehnaaz thought she might have come across as over-enthusiastic. As Saturday's Bigg Boss 13, Weekend Ka Vaar came to an end, Shehnaaz turned to a camera and apologised to Gautam. She said, "Gautam, I am really sorry if...aap darr gaye. But main aapke liye bohut zyada over excited thi toh mera woh nikal gaya! I am sorry, I am sorry."

We wonder what will Gautam's response to this apology be. After shooting for his episode, he had tweeted, "#Shehnaaz next level girl 🙈 I swear 👶🏼 This Epi is going to be super entertaining for all." On the work front, Gautam will be next seen in Salman Khan's film Radhe, which will release on Eid 2020.