Bigg Boss 13: Shehnaaz Gill Slid Into Kartik Aaryan's DM But He Did Not Respond 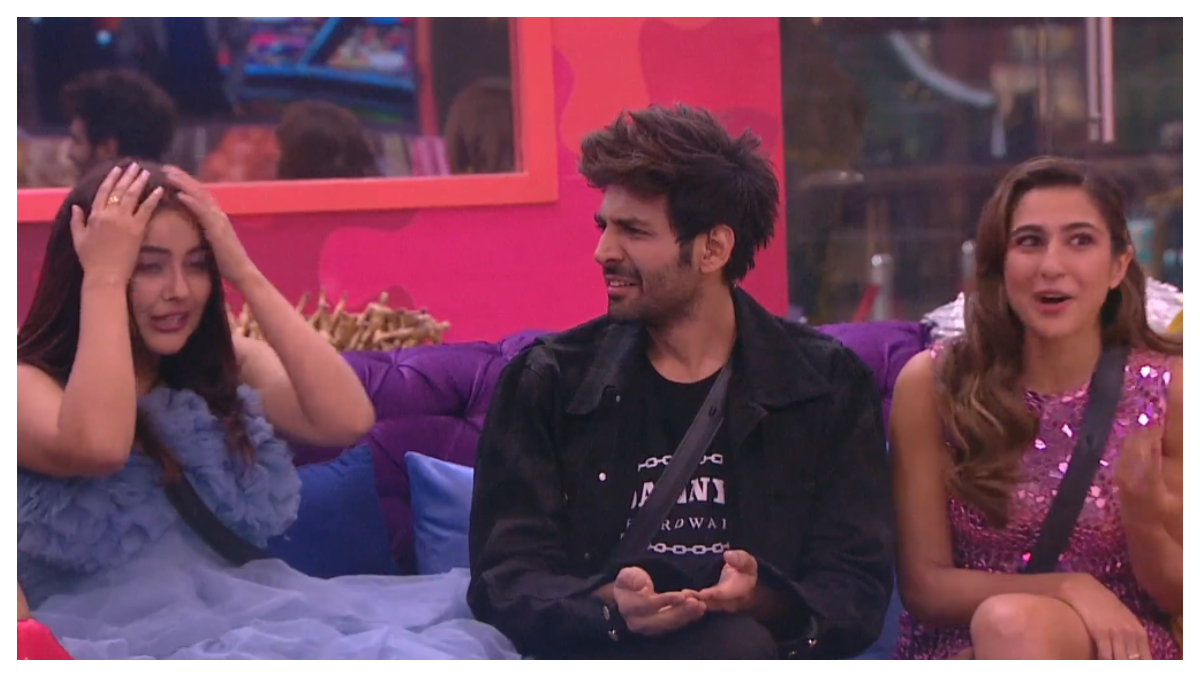 Shehnaaz Gill has emerged as the bubbliest contestant on Bigg Boss 13. Some find her 'shehnaazigans' cute while a few find her irritating. On the latest episode, Kartik Aaryan and Sara Ali Khan had come on the show. Shehnaaz jumped on Kartik seeing him. This was the second time the actor has come inside the house. Even the first time around, he recieved the same welcome from Shehnaaz. Later, in the episode, Shehnaaz revealed that she got excited because Kartik and Gautam Gulati are the only two men she is a big fan of. The Punjabi singer added that Kartik is the only actor she follows on Instagram, when she has unfollowed everyone else. Bigg Boss 13 Weekend Ka Vaar Preview: Kartik Aaryan Mimicks Shehnaaz Gill, Mahira Sharma Says She Hates Rashami Desai.

A quick check on her Instagram profile confirms this. Shehnaaz only follows Kartik and, of course, Salman Khan. Others are her team and her family members whom she follows. Bigg Boss 13: Shehnaaz Gill's Father Accuses The Makers Of Being Biased Towards Sidharth Shukla.

Shehnaaz also made a revelation. She said that she slid into Kartik's DMs multiple times. She said she had left him messages and sent him photos, but Kartik has never responded to her. This did not deter Shehnaaz and she continued sending her favourite messages. Kartik said that he will accept her message request right after. Bigg Boss 13: Is Shehnaaz Gill Trying to Portray Herself as a Kiddo and Lying About Her Age on National TV? Deets Inside.

During the episode, Sara pulled Kartik's leg over receiving such love from Shehnaaz. The contestant, during a task, made a portrait of Kartik and even kissed it on the lips. Kartik carried the lipstick-stained portrait out of the house with him.