Bigg Boss 13: The Blurring Lines of Love and Obsession 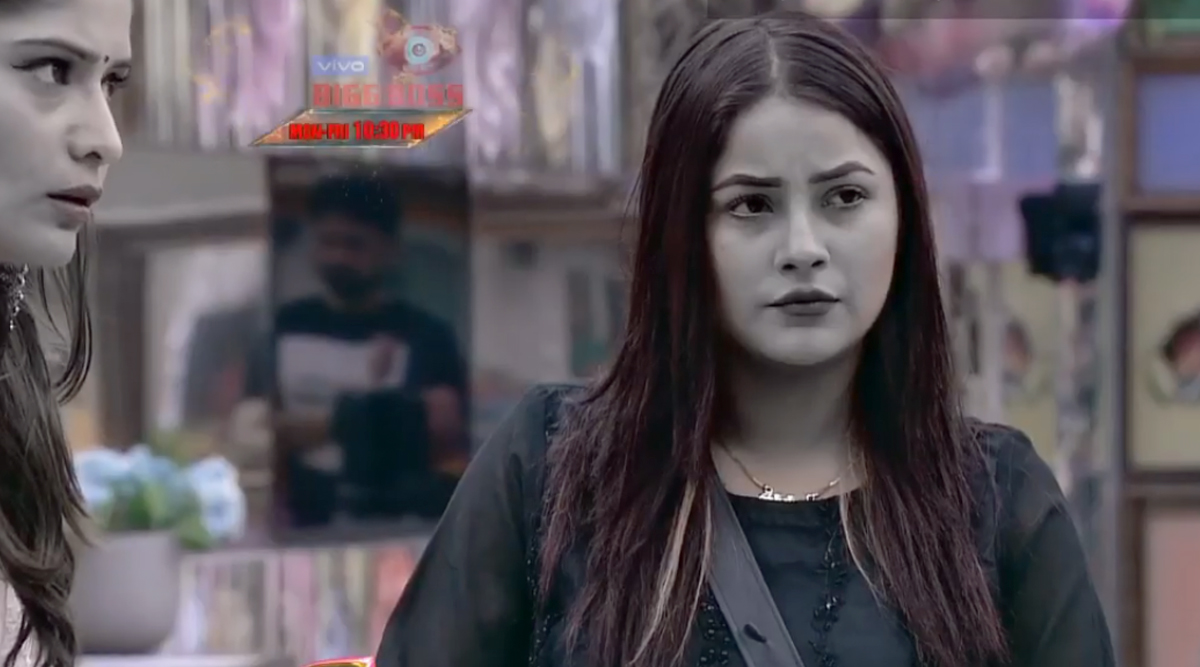 Mumbai, January 15: Singer and "Bigg Boss 13" contestant Shehnaz Gill is an entertainer and a player, emotional and possessive. She has now started to become a reflection of an obsessive lover.

In the latest episode, Shehnaz was seen confessing her feelings for actor and housemate Sidharth Shukla, by saying "I love you", and then behaving like an obsessive lover. Bigg Boss 13 Day 108 Preview: Shehnaaz Gill's Father Makes Her Swear On His Life To End Her Relationship With Sidharth Shukla.

After she professes her love for him, Sidharth replied: "Theek hai (It is fine)". This irks the Punjabi singer, who was seen asking him to say he loves her, too. She even threatened to hit herself if he doesn't. Shehnaz also gives a tight hug to Sidharth, and asks him to hug her in return.

After dilly-dallying a bit, Sidharth hugged her back, and even said, "I love you too".

In another instance, Shehnaz told Sidharth that she is not interested to win the game but she wants to win him over.

On Weekend Ka Vaar episode, show host Salman Khan told Sidharth that Shehnaz is in love with him, adding: "It is a bad one." Salman also asked Sidharth to handle things carefully.

All these instances make one wonder about the value of mutual consent. It gets highlighted when Paras Chhabra continues to show admiration for Mahira Sharma by planting kisses on her cheek despite her pleas, asking him to refrain from such PDA.

In fact, netizens are also pointing at the same, and some are left wondering if they were watching "Bigg Boss" or dating reality show "Splitsvilla".

"Shouldn't #SidharthShukla also clearly and firmly tell it to #ShehnazGill that he does not love her in that way and that she should stop all this now? No point beating around the bush, all this is getting psychotic now," one said.

"Watching #ShehnazGill's behaviour is becoming so disturbing. She needs help... Really she does. Also... Why does #BB13 feel like a 'Kabir Singh' sequel with multiple couples? #BiggBoss13," another said.

One user wrote: "Its high time now #shehnaaz should stop doing this #sidnaaz drama and focus on her game ... its getting boring now to see them doing all of the same drama everyday", while another said: "Only AsimRiaz Deserves!! And Yea Please for god sake stop your third class Splitsvilla. You're breaking record of Splitsvilla."

One viewer commented: "What is Level of @biggboss? Such a cheap Romance! Its Official Splitsvilla Now!Kya Ho gaya He Show ko ?"

One user pointed out that "this show is no more family show because of 'vulgarity ki dukan' #ShehnazGill".

"Shehnaaz now doing those things which we can not be watch with our family," another wrote.