Game of Thrones Season 8 Episode 3 Telecast Time And Streaming: How to Watch GOT S08E03 in India 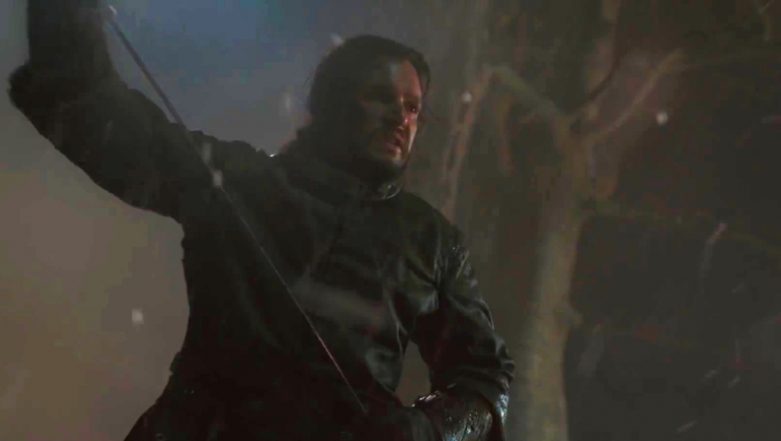 Game of Thrones is running in its final season. We are two episodes down, with the third episode due to air on April 29. While in the US, there are multiple ways to watch Game of Thrones season 8 episode 3, Indian fans would have to resort to Hotstar for the same. Game of Thrones S08E03 will be available on Hotstar at 6:30 AM on April 29, streaming alongside the US. It is the popularity of the show in India that made HBO take the decision to stream it online in India. The only catch is that you need to have a premium membership of the OTT platform to be able to watch it. Premium membership costs Rs 299 per month. Game Of Thrones Season 8 Episode 2: Maisie Williams Discusses Nudity in Arya Stark's Sex Scene With Gendry, Says 'Kept Myself Pretty Private'.

In the third episode, we will see the Battle of Winterfell. The Night King's army of the dead has reached Winterfell and it is going to be a blood bath. Jon Snow has told Dany that he is the true heir of the Iron Throne as his real name is Aeron Targaryen. Jaime Lannister has vowed to fight on Winterfell's side. Brienne has been knighted. Let us see what happens in Game of Thrones s08e03.