For the initiated, the show revolved around Pankaj Kapur's retired schoolmaster Mussaddi Lal Tripathi's character who narrates his struggles to get work done in corrupt offices in a satirical manner. 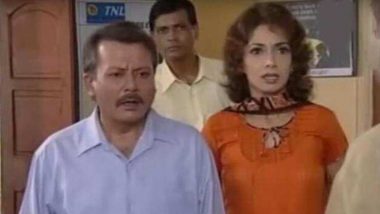 The current coronavirus lockdown has now forced Television channels to air re-runs of popular old Television shows. With everyone quarantined at home, it has been a nostalgic time to relive all the old shows once again. The trend started with DD National bringing its classics such as Ramayan, Circus and Shaktimaan back to the channel and has now spread across other channels too. We recently reported about the comeback of comedy shows such as Sarabhai Vs Sarabhai and Khichdi on Star Bharat and now another popular SAB TV show is all set for a comeback too. It's none other than Pankaj Kapur's famed show Office Office.

For the initiated, the show revolved around Pankaj Kapur's retired schoolmaster Mussaddi Lal Tripathi's character who narrates his struggles to get work done in corrupt offices in a satirical manner. The show will be aired on SAB TV from April 13. It will be aired from Monday to Friday at 10.30 Pm and evening at 6 pm daily. The show will be aired again on television almost two decades after it first aired. The show also starred Deven Bhojani, Asawari Joshi, Sanjay Mishra and Manoj Pahwa in lead roles.

The popular series was loved by audiences for its amazing characters and this had also resulted in a spin-off film based on them. Chala Mussaddi ... Office Office, directed by Rajiv Mehra brought to the silver screen, the same characters from the show in 2011. With several old shows now being re-telecast, the Indian audiences are certainly enjoying this nostalgia. Shaktimaan Re-Telecast Schedule on Doordarshan: Here's When and Where You Can Watch This Mukesh Khanna's Superhero Show on TV.

Speaking about the show's comeback, actor Deven Bhojani told IANS, "In the period of lockdown, when the whole world is going through tension, pain and sadness, the re-run of 'Office Office' will divert their minds and bring smiles to their faces. I myself am looking forward for such a show."

Office Office re-telecast begins from Monday, April 13 and will be aired at 10.30 pm on SAB TV.

(The above story first appeared on LatestLY on Apr 13, 2020 04:36 PM IST. For more news and updates on politics, world, sports, entertainment and lifestyle, log on to our website latestly.com).