Samir Sharma Suicide: All You Need to Know About the Actor 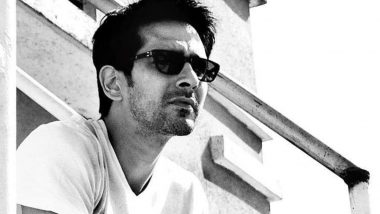 TV actor Samir Sharma has died by suicide. The actor was found hanging at his Malad residence in Mumbai. No suicide note has been found. Police says that death could have occurred as far as two days ago. The body was discovered by the night guard who informed the residents who called the police. The police have filed an Accidental Death Report. Here are a few things that will help you know Samir better as an actor. May his soul rest in peace.

-He moved to Mumbai. His first acting gig was the TV show, Dil Kya Chahta Hai.

-He bagged the role of Krishna Agarwal in the world-famous soap opera, Kahaani Ghar Ghar Kii.

- He played a key role in Left Right Left. He was Navin Singh Ahluwalia, whose sister Naina (Priyanka Bassi) enlists in the army to investigate his death and triggers the events of the show.

-The actor made his movie debut with Dharma Productions' Hasee Toh Phasee. He played Sidharth Malhotra's brother in the film.

-He collaborated with Sidharth Malhotra again in the movie, Ittefaq, which was also co-produced by Karan Johar's Dharma Productions.

-Samir moved back to Bengaluru in October 2007 owing to his deteriorating health. He returned in May 2019. He said, "I had multiple health aberrations with typhoid and jaundice. I was part of many shows at that moment. I do not like talking about anything. I was collapsing and that was when I had to be taken to Bangalore for treatment. It took me nearly 3 months to recover. Post that, I stayed in Bangalore for another 9 months or so. And now it is a nice feeling to get back to work."

-Samir's Instagram is proof that he loved poems. He describes himself as writer and poet apart from an actor.

(The above story first appeared on LatestLY on Aug 06, 2020 02:32 PM IST. For more news and updates on politics, world, sports, entertainment and lifestyle, log on to our website latestly.com).