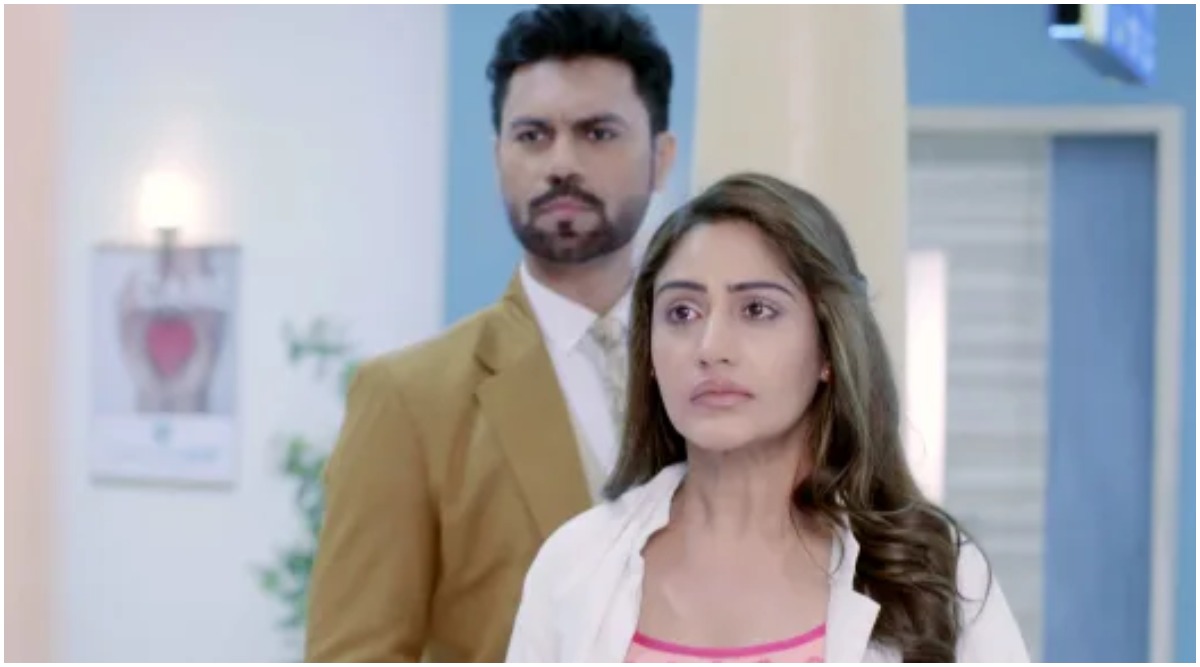 In yesterday’s episode of Sanjivani 2 NV maintains his cool when Ishaani confronts him with some shocking statements. Later, NV tries to bridge the gap between them by a romantic gesture. In tonight’s episode, we see Ishaani (Surbhi Chandna) coming to Sid’s (Namit Khanna) room. Ishaani confesses Sid about how he has proposed her and promised to be with her. She also tells him about his rude behaviour with her because of his problems with her Mama and Mami. She says that every relationship has a problem but he behaved too rudely and still she forgave him. Sanjivani 2 February 18, 2020 Written Update Full Episode: Ishaani Barges out of the Room After NV Tells Sid That He’s Lucky to Have Found His Love After Three Years.

She says that she was waiting for him in the mandap to marry him only for him to go to States ditching her. She asks why did he do this to her and what she did to deserve the pain. She keeps asking but he doesn’t respond. She peeps in moving the mosquito net only to find Sid sleeping. She realized that she was confessing everything when he was asleep and is about to go when Sid catches her hand. He murmurs in his sleep asking Ishaani to not go away from him. Ishaani gets furious and rushes out.

NV (Gaurav Chopra) is preparing an artificial rose to propose Ishaani and mocks himself for being madly in love. Ishaani comes there and says that she has done what he wanted her to do. She says that she has met with Sid and is ready to take care of him. She also says that she’s ready to take the duty of a doctor and NV gets happy. She says that she wants something in return and NV asks her to ask anything as it’s her right. She says that she actually wants to propose a deal where they both make a profit. She asks him to give a divorce to her and she will treat Sid and take up her doctor’s duty. Sanjivani 2 February 17, 2020 Written Update Full Episode: Ishaani Decides to Tell Sid the Truth About Her Relationship With NV.

NV gets upset and shocked at hearing it when Ishaani once again asks him to give freedom. They were about to argue when Bittu comes in and asks what happened. They both stand without saying anything. Bebe comes there and scolds Bittu for disturbing them. She too notices some tension between them but they hide. Bittu calls them out for a surprise party and they all get into the car.

Nv and the family comes to a fair as Bittu wants to have junk food. She goes to panipuri stall and orders three plates panipuri as one plate is for both NV and Ishaani. She asks them to feed each other. NV feeds Ishaani and when Ishaani is about to feed NV takes it from her hand. Few rogues present there pass comments about Ishaani. A furious NV starts thrashing them and they get into a fight. NV gets hurt with a knife in his hand. Bebe falls down unconscious seeing it.

The police arrests the goons and Bebe is taken to the hospital. NV apologizes Bebe when Ishaani comes there. They both start arguing when Bebe wakes up. NV sees it and tries calming Ishaani but she doesn’t and reveals about their divorce and Bebe hears it. In the precap, Ishaani once again asks NV to sign the divorce papers.