It was almost two months ago when reports of Shahid Kapoor planning to make his digital debut with Raj & DK’s web series hit the internet. 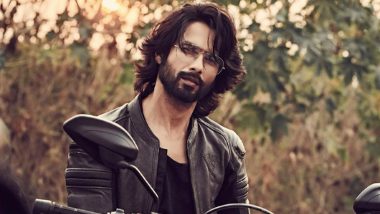 It was almost two months ago when reports of Shahid Kapoor planning to make his digital debut with Raj & DK’s web series hit the internet. But there have been no official announcements made on it yet. However, fans of this Bollywood hunk are thrilled ever since this news has been doing rounds on social media. Now according to latest reports, Shahid would starting shooting for the web series from January 2021. Shahid Kapoor to Mark his Web Debut With Raj & DK's Next for a Leading OTT Giant?

Shahid Kapoor recently wrapped up the shooting of his upcoming flick Jersey, a remake of the Telugu film of the same name. Now a source has revealed to Mid-Day that the actor is all set commence shooting for Raj & DK’s web series from next month. About it the source was quoted as saying, “He will begin shooting in the second week of January in Mumbai, and the project is likely to wrap up in June. Shahid will execute some high-octane action scenes in the series. Never before has Shahid allotted so many days for a project.” Vijay Sethupathi To Make His Digital Debut With Shahid Kapoor For Raj & DK’s Web Series?

Touted to be a thriller drama, the shooting of this web series is also said take place in Goa where several beach sequences will also be filmed. Talking about the leading lady for the show, the makers are yet to finalise about it. We just cannot wait to hear an official word on this web series!

(The above story first appeared on LatestLY on Dec 29, 2020 10:39 AM IST. For more news and updates on politics, world, sports, entertainment and lifestyle, log on to our website latestly.com).