The cast and crew of Taarak Mehta Ka Ooltah Chashmah started shooting for their show last week, later than a lot of other shows because of extensive prep that was done to maintain the hygiene on the sets. 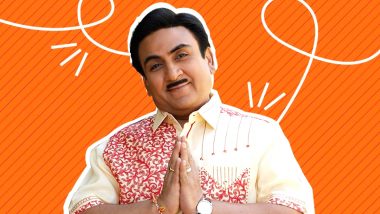 The cast and crew of Taarak Mehta Ka Ooltah Chashmah started shooting for their show last week, later than a lot of other shows. And now we know why... as revealed by TMKOC's actor Dilip Joshi, who essays the role of Jethalal in the show says so. "Asit Bhai ensures that all the SOPs are strictly followed on the set. He has gone out of the way to make shooting safe for us, including a sanitisation tunnel, doctors on set to monitor temperature and oxygen levels, a UV Ray machine to sanitise jewellery and other equipment. We have to learn to live with the fear because he virus won’t disappear in a hurry," revealed Dilip to Mumbai Mirror. Well, that's quite the setup and obviously it took time. Taarak Mehta Ka Ooltah Chashmah Team Begins Shoot; Fresh Set of Face Mask, Shield and Gloves Provided At Entry (View Pics).

When quizzed about how it has been returning to the sets, the actor told the daily, "Fear is always there at the back of our mind as we are surrounded by people wearing masks and gloves and sanitiser stands. The whole environment on the set has changed and by the end of the day you are mentally drained. But still, it’s good to be back at work." Taarak Mehta Ka Ooltah Chashmah Countdown Begins: Director Malav Rajda Posts Photos of How Makers Are Ensuring Precautionary Measures.

Ask him how the morale on the sets is these days, and given that the sitcom is supposed to make its audience laugh, which makes the pressure double. "It’s tough, but we are trying our best. You have to forget everything in front of the camera and let yourself be transported to a different world. We keep improvising on the set. Actors in particular stand the maximum risk of being exposed to the droplets, but you must have faith in God," concluded Dilip.

(The above story first appeared on LatestLY on Jul 16, 2020 03:14 PM IST. For more news and updates on politics, world, sports, entertainment and lifestyle, log on to our website latestly.com).