The Falcon and the Winter Soldier Ending (and Mid-Credit Scene) Explained: From Sam Wilson to John Walker, Decoding the Final Fates of the Main Characters (SPOILER ALERT) 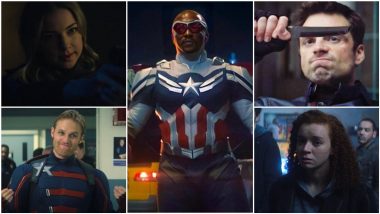 The Falcon and the Winter Soldier Ending (Photo Credit: Marvel)

I had a smile on my face when the The Falcon and the Winter Soldier saga ended with a new title - Captain America and the Winter Soldier. A fitting line for what has been a very satisfying series, that started off slow and sombre, before it began tackling some major themes (some real world) and turning into a superhero spectacle that went beyond Marvel formula. What was expected to be a buddy superhero tag-team saga, went onto to be an exploration of racial divide, migrant crisis, dealing with guilt, white supremacy and some deep themes that you would never expect a Marvel movie to handle. Who thought there would be so much weight and pain piling on Cap's star-spangled uniform? Hell, even Steve Rogers would never have known that. The Falcon and the Winter Soldier Finale Review: An Exhilarating Finish to Marvel’s Disney+ Series That Goes Way Deeper Than You Think!

The finale episode, streaming on Disney+ Hotstar from April 23, provides a very satisfying conclusion to the journey of both Sam Wilson aka Falcon (Anthony Mackie) and Bucky Barnes aka the Winter Soldier (Sebastian Stan), setting up their futures in a very unsure and radically unpredictable Phase 4. Not just that, the finale also set up some interesting future storylines for even other important characters. Whether these would play into other Marvel series or movies, or just in Captain America and the Winter Soldier Season 2 remains to be seen. So let's decode the final fates of all the important characters of the series. 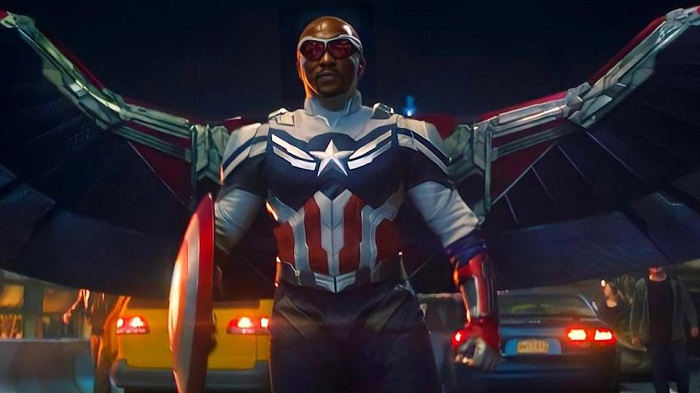 Anthony Mackie in The Falcon and the Winter Soldier

The Falcon and the Winter Soldier is actually Sam Wilson's coming of age saga, of him finally being worthy of proving himself of wielding Captain America's shield. The finale has him accept that persona whole-heartedly, donning on a new Wakandan-built uniform coming with new Falcon Wings and a Red Wing version 2.0. Unlike Walker and more like Rogers, Sam is not just about sharing punched but rather about reaching to the other person and getting him or her to come to the good side, which he tried to do with Karli. Having saved the senators and the UN diplomats from the Flagsmashers' attack, people have begun accepting him as the new Captain America, but like he pointed out, what makes it special is that it is a black man who is donning a suit that people expected a white man with blond hair and blue eyes to wear. His bigger challenge is to make the racial minorities and the sceptics accept him as the new Cap, though the ending suggests he is doing fine. In the end, he not only earned his new role, but also saved his family fishing business., while looking forward to a bright future with his new bestie by his side. Sebastian Stan in The Falcon and the Winter Soldier

Bucky had a more subdued role in the finale, even when he had a key role in the main action scenes. We see here is a more mature, more composed Bucky, who finally seems to have exorcised the ghost of his Winter Soldier persona. It was fun to see him ribbing John Walker on his Abraham Lincoln quote. In the epilogue, Bucky has decided to let go off his tormented past, having slashed off all the names in his little book. He also confesses his role in the killing of Yori's son to the old man and shows remorse for it. Bucky later is seen around Sam's fishing business, laughing and playing around with Sam's nephews. Whether he would hook up with the waitress from the first episode, or Sam's sister Sarah, is maybe something Season 2 needs to answer. After all, our young grandpa deserves a break in his love life! BTW, why is Bucky still being called the Winter Soldier, when the whole series was about him discarding that baggage? 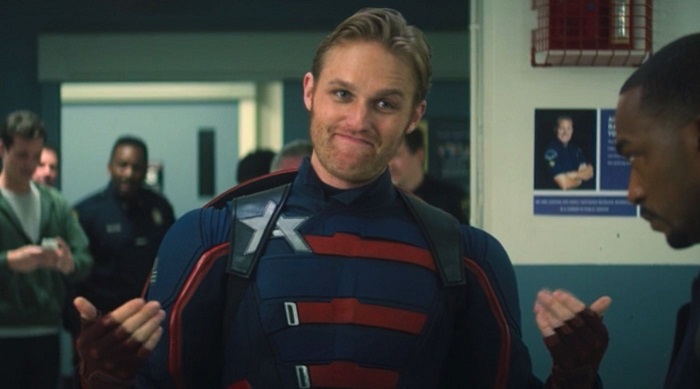 Wyatt Russell in The Falcon and the Winter Soldier

A disgraced John Walker was all set to be the supervillain, Super Patriot. He makes his own Cap suit and shield and tries to take down the Flagsmashers. However, his moment of conscience arrives when he is given a choice to save a bunch of senators from dying or go after Karli. John chooses the former, thereby reiterating that underneath that disturbed exterior, Walker isn't necessarily a bad guy. Even Sam and Bucky have begun to accept that. With Sam being the new Captain America, Valentina has respun Walker's image with a new suit, that was just like his old but black. And a new name - US Agent - which the Marvel fans would realise was his moniker in the comics. It looks like John Walker has a huge role to play in Phase 4, maybe seeing himself being part of Armor Wars and Secret Invasion series. However, Walker might have to face repercussions of having the serum inside him, somewhere in the future. 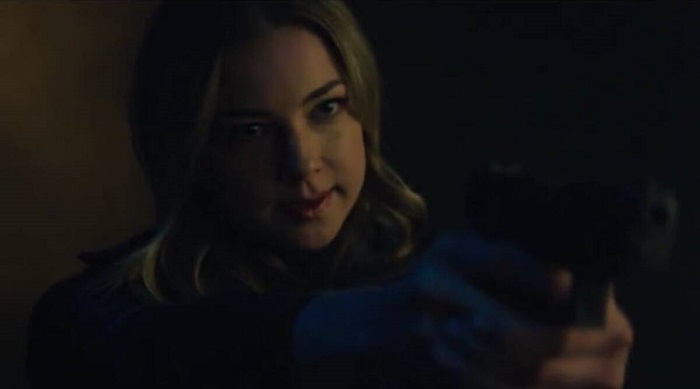 Emily VanCamp in The Falcon and the Winter Soldier

The former Shield agent and Steve Rogers' one-time brief fling has become the most interesting character of the show at the end of the series. Some of the smarter Marvel fans had guessed that Sharon was the mysterious 'Power Broker' and say what, that turned out to be true. Sharon confronts Karli and asks her to return to her team, which Karli refuses. She kills Batroc and later fatally shoots Karli too on the pretext of saving Sam. With two persons knowing her alter-ego now dead, Sharon's cover is still intact. In the mid-credit scene, for her 'part' in saving the day, the US government offers a full pardon and reinstates her old job. This is what Sharon wants as after Zemo had destroyed the remaining vials of the serum, her old job allows Sharon to get access to more of US military secrets and codes, thus making her into a very dangerous foe. She is seen speaking to someone on the call, the latter's identity might be important in the phase ahead. Whether she knows that Walker has serum inside him remains to be seen. 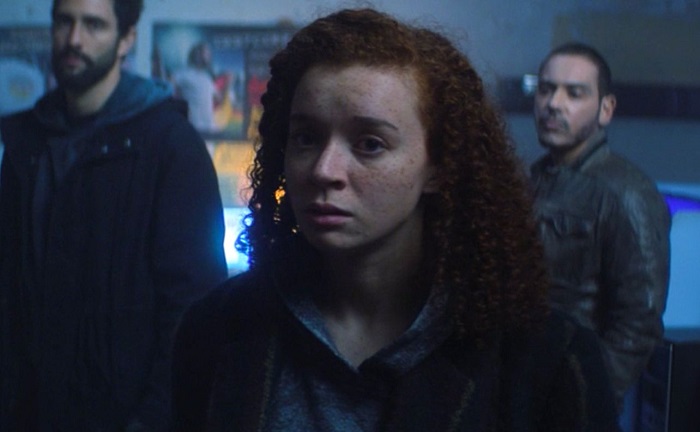 Erin Kellyman in The Falcon and the Winter Soldier

Karli is somebody like Black Panther's Erik Killmonger. She isn't essentially a baddie in the true sense. Her cause was right, she was fighting for the millions displaced during the return of the Snapped victims, for whom the governments never cared for. Her methods weren't though, killing innocent people never makes you a good guy. In the end, while she died from bullet injuries, Karli's cause continues to resonate in Sam's speech to the senators, hoping for the better world for the displaced tomorrow. 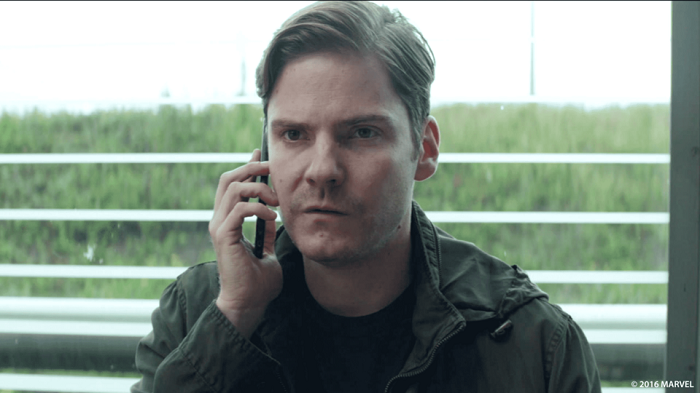 Daniel Bruhl in The Falcon and the Winter Soldier

We thought we had seen the last of Zemo in the previous episode, where he was arrested by the Wakandans and sent to the Raft. But Zemo still had a final play hidden in his sleeve, despite being inside the high-security prison in the middle of the ocean. When the surviving members of Karli's super-powered outfit are put in a van to be taken to the Raft, Zemo gets them all killed through a bomb blast arranged through his trusted butler. That seemingly ends Zemo's vindictive vendetta against the Winter Soldiers, which is depicted through his satisfied smirk as he takes a nap in his cell after hearing the news, But there is a catch here. John Walker is still alive, and he has the serum inside him. Which means that there is a chance that Zemo could return in the near future to the MCU. Can we have more of that dancing then? 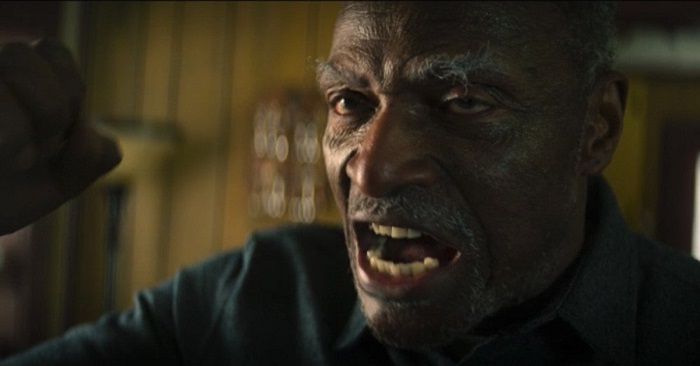 Carl Lumbly in The Falcon and the Winter Soldier

Isaiah Bradley is perhaps the most tragic superhero that America has seen, or rather, not seen. Until Sam came in. Sam's actions and speech made Isaiah see the Cap's uniform in a better light. In what is the episode's most heartwarming moment, Sam also make sure that Isaiah's exploits in the past get its rightful place by getting them immortalised at the Smithsonian with a bronze statue of him. It might be late, but we are glad to see Isaiah sharing the same space near Steve Rogers. 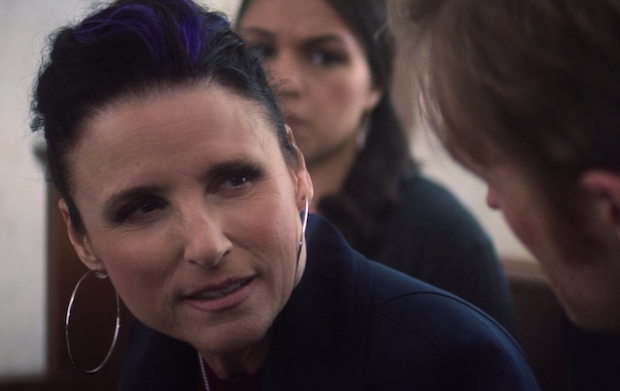 Julia Louis-Dreyfus in The Falcon and the Winter Soldier

With Nick Fury somewhere in space, who would keep an eye on the superheroes on the ground? Looks like that task might have fallen on this mysterious Contessa. While we are annoyed that the great Julia Louis-Dreyfus only had two scenes in the series, the show puts her up for something bigger. She would be now a mentor to Walker's US Agent and she may want him to be the first of her own Avengers outfit. Strangely, she didn't approach either Bucky or Sam to be part of her team, which makes her intentions very ambiguous. In the comics, she used to be a SHIELD agent (and even dated Fury), and but later on become Lady Hydra. And that's no good! 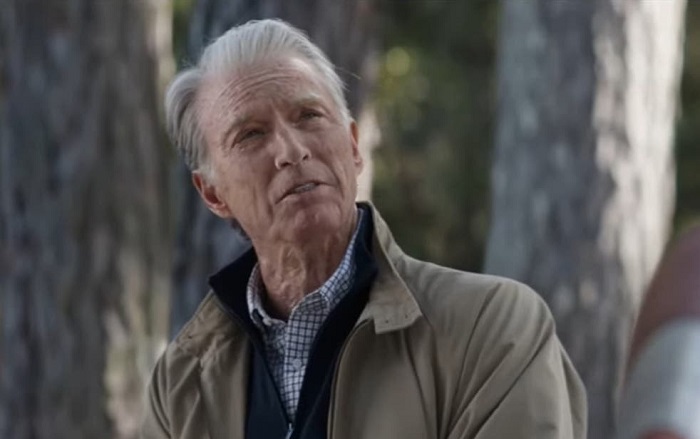 Yes, the OG Captain America didn't make any appearance in the finale, and I am sure, many of his fans would be crestfallen. But we have to mention him here, because after all, the whole series was about honouring what the Cap meant to the world. With Sam being the next Captain America and Bucky by his side at the end of the final episode, the transfer of legacy and responsibilities is now complete. Steve may be dead, he may be alive - it doesn't matter anymore - the door is always open, but there is no need for him to walk through. Till then, let's assume that Cap is having a siesta at his secret base on the moon!

(The above story first appeared on LatestLY on Apr 23, 2021 08:48 PM IST. For more news and updates on politics, world, sports, entertainment and lifestyle, log on to our website latestly.com).