Who is DJ Xquizit? Inside With the Musical Artist That's Rocking the World of Trance Music

A curious blend of passion and ambition fuels DJ Xquizit’s busy lifestyle. His background illustrates just how passionate and talented he is. Seemingly living on a fasttrack, he’s grown up knowing how to bring eye-catching music to the table while still being attentive to detail and drawing some serious attention. 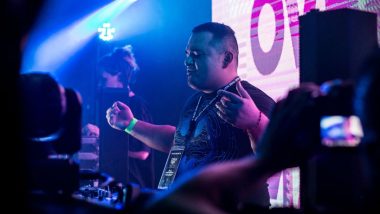 So while the world of music continues to expand, who are the people making the rise with it? The answer is simple: the power belongs to individuals capable of shifting and influencing the public opinion. Capitalizing on this shift is Mexico-born DJ Xquizit's star was quickly rising within the Trance scene. He has already started shaping his future and built a name for himself.

Only a teenager, Xquizit has done work far in a short span of time. In fact, he already holds the keys to his own empire. When the stars align, some very unlikely things happen and sometimes those end up being life changing events. With several plays on major radio shows such as Global Therapy with Above & Beyond, A State of Trance by Armin Van Buuren, and several others, you would expect DJ Xquizit to stick to that niche.

DJ Xquizit shares that “Best part of being a Dj is probably seeing the joy that music brings to people.” But all this didn't happen until a mutual friend introduced him to Salt Lake City-born OSITO. By saying that OSITO's tagline is "Pop Is Not A Crime", you would think that these two artists couldn't be more polar opposites. But magic seemed to happen. Collaboration after collaboration started getting picked up by some massive Spotify editorials, including their first 1 million stream hit "Dear Gravity" which stayed in the Mint playlist for over a month.

A curious blend of passion and ambition fuels DJ Xquizit’s busy lifestyle. His background illustrates just how passionate and talented he is. Seemingly living on a fasttrack, he’s grown up knowing how to bring eye-catching music to the table while still being attentive to detail and drawing some serious attention.

In recent months their first pop collaboration also reached the 1 million mark as well. Now that Xquizit is embracing the pop sound fully, May 28th marks the release of their newest collaboration, "No Time To Die".

Respecting the elements of the original but taking it much more in a dancefloor direction, this synthwave/pop hybird starts with OSITO's amazing voice and quickly builds to the main drop where you can't help but smile and dance.

Releasing on Beat Recordings, the record label behind the only full-time Dance Contemporary radio station in Mexico, Beat 100.9FM, on all platforms on May 28, 2021.

In a digital age of uncertainty, DJ Xquizit is not only rebranding his Trance music, he’s rebranding music culture as we once knew it. Only time will be able to tell us what to expect of the future of Trance music. And whatever that future may hold, expect to see DJ Xquizit at the forefront of it.