Three men, including an Uber driver, have been arrested for allegedly abducting and robbing a passenger, police said today. The incident occurred on January 19. 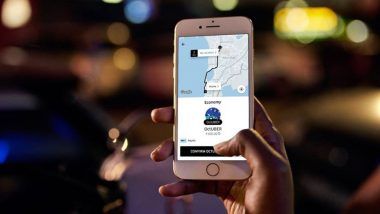 New Delhi, January 31: Three men, including an Uber driver, have been arrested for allegedly abducting and robbing a passenger, police said today. The incident occurred on January 19. Deputy Commissioner of Police (Southeast), Chinmoy Biswal, said "Rehan Khan (23) is an Uber driver. The two other accused, Ranjan Singh (21) and Ravi Shankar Sharma (18), work at an apparel firm in Noida."

Kaushal Kumar Sharma, an accountant at an event production company in Jona Pur, told police the three men offered him a ride in their car and later robbed him at knife point.

He said he was waiting for an auto-rickshaw at Okhla Phase-1 when the cab pulled up to him. The accountant accepted the offer for ride. He alleged the trio then robbed him of his laptop, mobile, ATM card and Rs 4,500 at knife point and took him towards Malviya Nagar, police said. They also tried to withdraw cash using his ATM card. The trio assaulted Sharma before dropping him at G-Block, Saket.

During probe, it was found that the car belonged to Naveen Jha and was registered with Uber though it did not have a sticker of the company on it. Jha had hired Khan on January 1 to drive the cab. Police nabbed Khan from Okhla Mandi and the two others form Jaitpur.