5 States Account for 61 Per Cent of E-Way Bill Generation: GSTN 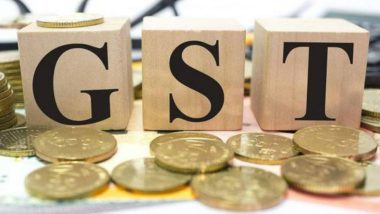 The electronic way or e-way bill has become mandatory for movement of goods valued over Rs 50,000 from one state to another beginning April 1.

"Gujarat, Uttar Pradesh, Telangana, Andhra Pradesh and Kerala have taken the lead over other states and have emerged as the top states in terms of number of E-Way bills being generated. These five states together have accounted for 61 per cent of all the E-Way Bills generated in the country till April 8," the GSTN said in a statement.

Incidentally, these are the five states which the government has chosen in the first phase of e-way bill roll out for movement of goods intra-state or within the state.

"Since the nationwide rollout of the E-Way Bill system from the 1st of this month, both the number of e-way Bills as wells the number of transporters registering with the system is increasing at a steady pace," GSTN CEO Prakash Kumar said.

E-way bills are mandatory to be generated for movement of goods valued over Rs 50,000 beyond 10 kms.

Touted as an anti-evasion measure and would help boost tax collections by clamping down on trade that happens on cash basis, the e-way bill provision of the goods and services tax (GST) was first introduced on February 1.

Since then, the platform has been made more robust so that it can handle load of as many as 75 lakh inter-state e-way bills daily without any glitch.