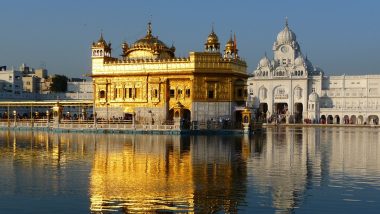 In July 1982, Harchand Singh Longowal, the then President of the Sikh political party Akali Dal, had invited Bhindranwale to take up residence in the Golden Temple Complex to evade arrest. Bhindranwale later made the sacred temple complex an armoury and headquarters. Gandhi decided to go ahead with the Operation after the Soviet intelligence agency KGB reportedly tipped off the Indian intelligence agency R&AW about the CIA and ISI working together on a plan for Punjab. The RAW then received information that a thousand trained Special Service Group commandos of the Pakistan Army had been dispatched by Pakistan into the Indian Punjab to assist Bhindranwale. Amarinder Singh Eyes 'Conspiracy' as Bhindranwale, 'Khalistan 2020' Feature in Pakistan's Kartarpur Corridor Song Video.

On June 1, the then Major General Kuldeep Singh Brar, who was later promoted to the rank of Lt. General was called to the headquarters of Western Command and was given the responsibility to execute the Operation. Lt. Gen Sundarji reviewed the Operation Blue Star. Curfew was imposed in Amritsar on June 2. Gandhi, in her video message on June 2 also appealed to Akali Dal to resolve the crisis through talks.

However, on June 5, the Operation started around 10:30 pm as Gurcharan Singh Tohra failed to convince Bhindranwale to surrender. The Indian soldiers faced stiff resistance from the extremists as they entered the temple from Clock Tower entrance. The Sikh extremists even fired anti-tank rocket launcher, the APC of Para commandoes when they advanced towards the Akal Takht. After the Commandoes failed to advance towards the Akal Takht due to the heavy firing from the Sikh extremists, Lt Gen. Brar called in the tanks.

Initially, secondary weapon i.e. 7.62 MM gun of tanks were used to neutralize the heavy firing coming from Akal Takht. Halogen lights of tanks were also used to momentarily blinding the extremists. As time was running out of hands, the Indian Army then decided to use the main weapon i.e. 108 MM gun of the tanks, which destroyed the Akal Takht.

Around 500 civilians and Sikh extremists were killed in the Operation, while, 83 Army personnel lost their lives. After the Operation Bluestar, Punjab faced a decade long era of terrorism. On October 31, 1984, Gandhi was assassinated by her Sikh bodyguards to avenge the Operation Blue Star.

(The above story first appeared on LatestLY on Jun 03, 2020 08:30 AM IST. For more news and updates on politics, world, sports, entertainment and lifestyle, log on to our website latestly.com).