What is Article 360? All About The Law Which Allows The Centre to Impose Financial Emergency 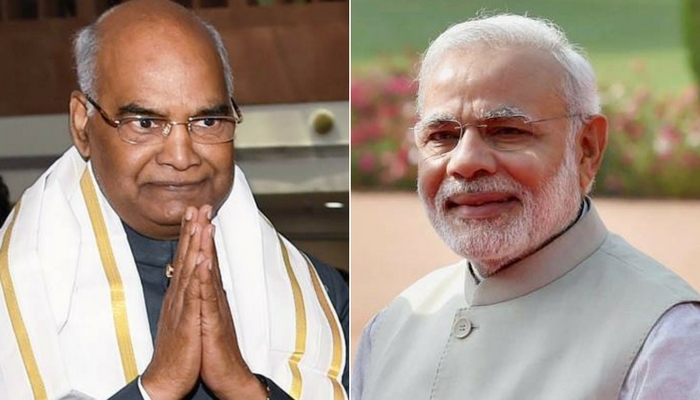 New Delhi, March 23: Article 360 of the Indian Constitution allows the central government to impose financial emergency in the nation. With the outbreak of novel coronavirus, speculations are rife that exercising Article 360 is an option before the Narendra Modi government. Neither the Prime Minister, nor any top official of the government, has so far stated that invocation of Article 360 is under consideration. Bloodbath at Indian Markets, Sensex Nosedives Around 4,000 Points to Close at 25,981, Nifty Falls to 7,631 Amid Coronavirus Pandemic.

What is Article 360? A law in the Parliament which allows the President - on advice of the Prime Minister and his Council of Ministers - to impose a state of financial emergency where the Centre will be conferred with the powers to direct states on how to use their financial resources. The law would also allow the central government to revise the salaries of officials employed by the states as well as the Union.

"If the President is satisfied that a situation has arisen whereby the financial stability or credit of India or of any part of the territory thereof is threatened, he may by a Proclamation make a declaration to that effect," the law states in its clause 1.

If imposed, Article 360 would remain into effect till two months or the proclamation of another presidential decree which nullifies its imposition. If extended for more than two months, the proclamation must be tabled in both Houses of the Parliament and be supported by each of them.

The speculations of Article 360 imposition turned rife on a day when the Indian securities market witnessed a freefall. The Sensex slipped by 3,934.72, settling at 25,981.24 before closure. The rupee ended up breaching the value of 76 per US dollar. The fall is linked to the impact of coronavirus outbreak on the economy.

Senior BJP leader and Rajya Sabha MP Subramanian Swamy had sparked a social media buzz on Saturday, as he questioned whether the imposition of an economic emergency is inevitable -- considering the impact of COVID-19 on India's slowed down economy. "Is now declaration of Economic Emergency becoming inevitable? Govt must put doubts at rest," he had tweeted.