Andhra Pradesh Chief Minister Y. S. Jagan Mohan Reddy on Monday launched Abhayam, an app which tracks the movements of 1,000 auto rickshaws in Visakhapatnam, aimed at enhancing the safety of women and children who use local transportation to commute. 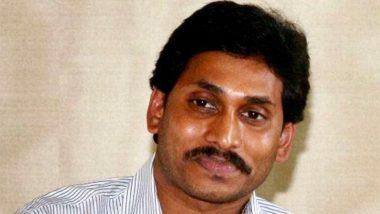 Amaravati, Nov 23: Andhra Pradesh Chief Minister Y. S. Jagan Mohan Reddy on Monday launched Abhayam, an app which tracks the movements of 1,000 auto rickshaws in Visakhapatnam, aimed at enhancing the safety of women and children who use local transportation to commute.

Reddy virtually launched the first phase of Abhayam project, based on Internet of Things (IoT) technology, which was sanctioned by the Government of India under the Nirbhaya scheme.

"The application helps passengers travel around the city safely and securely, the vehicles are attached with IoT devices to track their movement and make sure no illicit acts take place," said an official. 'Mission Shakti' Becoming The Basis Of Women's Independence.

Through Abhayam, a driver's behaviour can also be monitored on the dashboard at the command control centre.

In Visakhapatnam, 1,000 auto rickshaws equipped with GPS have been linked to Abhayam.

"Before boarding the vehicle, a passenger will need to scan the QR code affixed on the vehicle. The details of the driver and the photo will be displayed on the application," he said.

Once a passenger boards an auto rickshaw linked to Abhayam, three possible routes will be geo-fenced, enabling the passenger to share the trip details with any three pre-selected confidants.

"If the passenger does not have a smartphone or any phone in hand, she can press the panic button in the IoT device fitted in the vehicle. Once alerted, the intimation will reach the command control centre, and officials from the nearest police station will be assigned," said the official in case of an emergency.

Additionally, the vehicle's engine will also be immobilized, along with the sounding of an alarm for the nearest police officials to take action.

"Women's safety and security has been given the top most priority, be it 50 per cent reservation to women or by major schemes like Amma Vodi, YSR Cheyutha and YSR Asara launched to support women's empowerment. Apart from Disha police stations, the government is taking several steps to set up special courts in every district," the Chief Minister said.

He said that the government has also ensured that a lady police officer is appointed in every village and ward secretariat.

"With the new application launched by the state government, women and children can now travel safely in the local transport. We are setting up devices to thousand vehicles in Visakhapatnam as the first instalment, aiming to increase the number of vehicles to one lakh by November 2021," Reddy added.

(The above story first appeared on LatestLY on Nov 23, 2020 06:31 PM IST. For more news and updates on politics, world, sports, entertainment and lifestyle, log on to our website latestly.com).