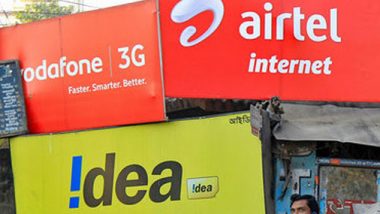 As per reports, TRAI suspended such premium plans offered by the 2 telecom regulators, on the basis of protecting the quality of mobile services for the ones who are not associated with such premium plans. Vodafone Deducts Rs 99 From Customers' Accounts as 'International Roaming', Says 'It Was a Technical Error, Money Will be Credited' as Twitterati Complain.

Recently, several Vodafone customers complained to the operator that Rs 99 has been deducted from their account for international roaming. Few users took to Twitter to point out that the amount was deducted even though they had no international travel history.

(The above story first appeared on LatestLY on Jul 13, 2020 11:43 AM IST. For more news and updates on politics, world, sports, entertainment and lifestyle, log on to our website latestly.com).