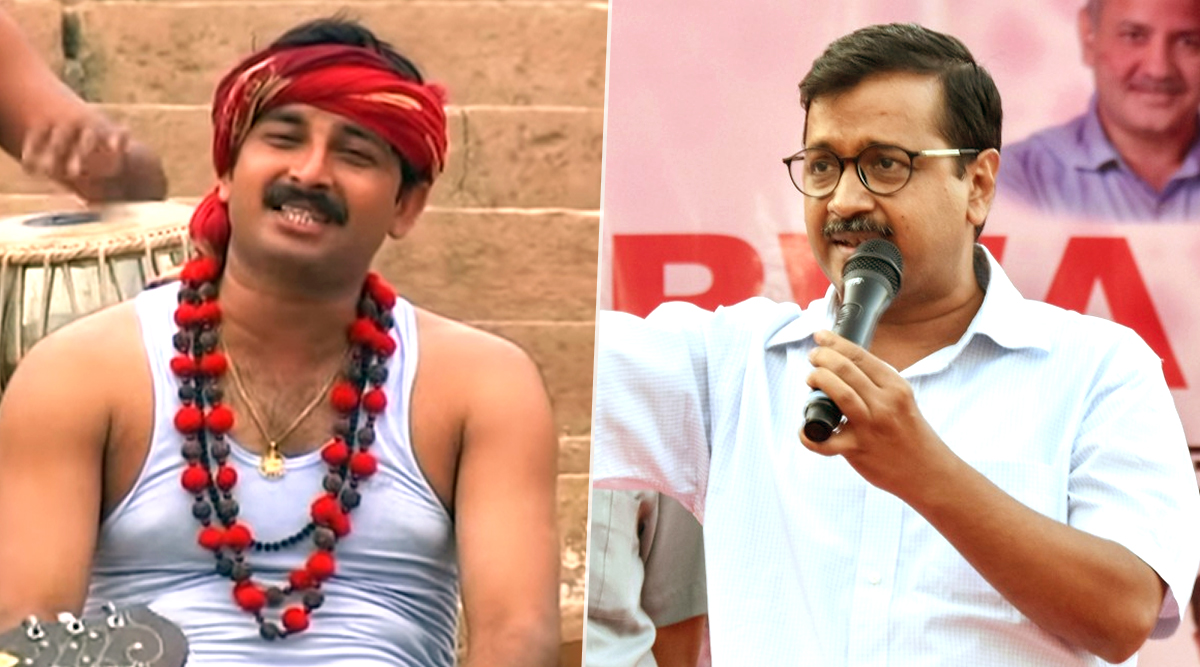 New Delhi, January 12: The BJP has served defamation notice to Delhi Chief Minister and AAP Convener Arvind Kejriwal on his party's theme song "Lage Raho Kejriwal", in which the AAP has used the clippings of the songs of Bhojpuri films featuring Delhi BJP President and MP Manoj Tiwari. The party's theme song "Lage Raho Kejriwal" has been tweeted on the twitter account of the party on January 11. On Twitter, AAP also wrote that "this song is so good that even Sir Manoj Tiwari is also dancing on it".

Taking cognizance of this, BJP has served a notice of defamation on Kejriwal and also demanded damages of Rs 500 crore. The Legal and Legislative Department of BJP has also made a complaint to the Election Commission in this context. Delhi Assembly Elections 2020: ‘Lage Raho Kejriwal’ Song Launched by AAP as Campaign Heats Up; Watch Video.

Releasing our campaign song for the upcoming Delhi elections.#LageRahoKejriwal pic.twitter.com/Sm0P21wsDW

A statement said, "Delhi BJP President Tiwari said that Kejriwal is giving proof of his cheap politics by using the clippings and pictures of films which I had done as an artist previously. Who has given the right to AAP to broadcast my photos in their theme song?"

"Does not Kejriwal know that no one can use the photos of other artists in a commercial way without their permission? In view of his possible defeat in the Assembly Elections, he is so much frustrated that he is using photos and videos of children, workers, women in the advertisements," the statement said.

The statement further said that AAP leaders and workers are completely disappointed because they are not getting the support of the people. In the meetings of Kejriwal, people are not turning up in large numbers and hence people are being called from outside. Chief Minister of Delhi has crossed all the limits but reality has come before the people of Delhi, who will never forgive him?

"The permission of the producer, director of the music videos of the film has not been taken which is a violation of propriety rights. They have also tried to ridicule Tiwari through these videos and BJP strongly condemns it," the statement added.