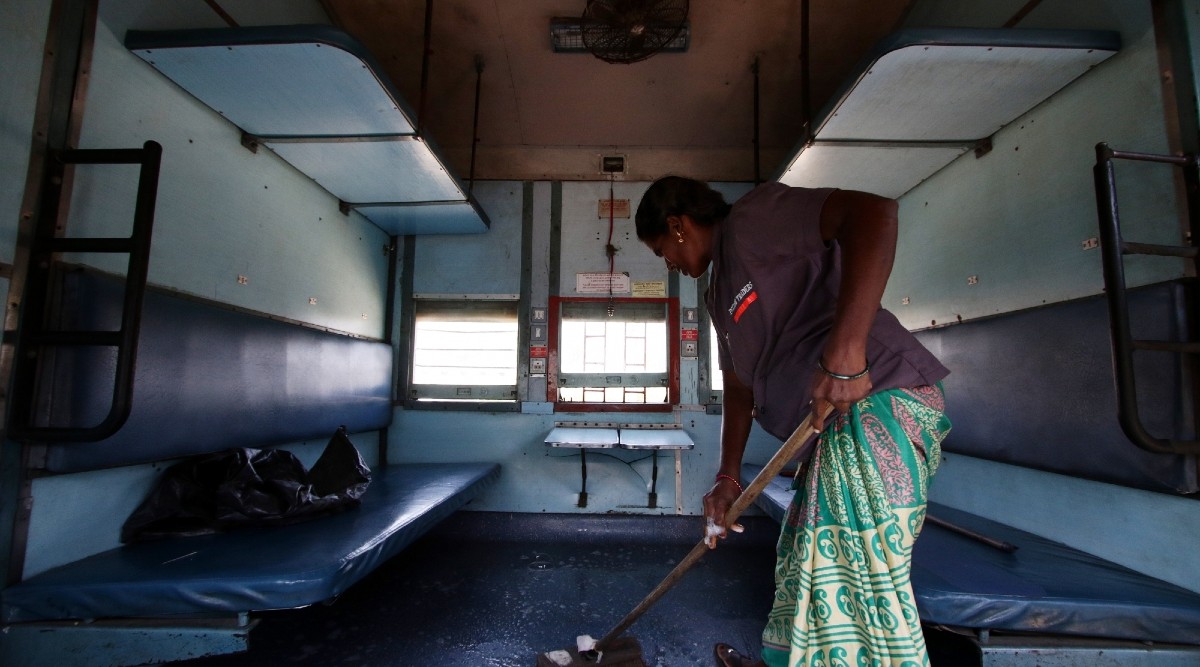 New Delhi, March 26: As part of preparations for a long battle against the coronavirus pandemic, the Indian Railways has decided to manufacture ventilators at its factories and turn train coaches into isolation wards for rural and remote area. The Integral Coach Factory (ICF) in Chennai, which made India’s first electric train Vande Bharat Express, has been tasked with the duty of manufacturing ventilators, The Indian Express reported. Coronavirus Outbreak Live News Updates on March 26.

The Rail Coach Factory (RCF) in Kapurthala has been entrusted the responsibility to convert LHB coaches into isolation wards. In this process, non-AC coaches will be turned into isolation wards. Soon it will be finalised how many patients will be accommodated in such railway coach-cum-isolation ward based on factors such as distance, hygiene, necessary equipment to monitor health, and most importantly, exclusive bathroom usage, the report said. Coronavirus Outbreak: Infected Indian Will Pass Virus to 1.5 Person in Best-Case Scenario, 4 Persons in Worst-Case Scenario, Shows ICMR Study.

While converting coaches into isolation wards won't be difficult, the manufacturing of ventilators is a challenge. ICF Chennai had made a prototype using “reverse engineering” but it has failed. "Making the machine is not difficult, but calibrating it is the challenge. Let’s hope we can crack it. Gone are the days of mechanical ventilators. So what we make has to be of the existing standards," a senior official was quoted as saying.

According to government data accessed by The Hindu, the country only has 37,618 isolation beds, 9,512 ICU beds and 8,432 ventilators as on March 24. As on date, the central and state governments collectively do not have more than 60,000 quarantine beds. On Wednesday, Railway Minister Piyush Goyal and Railway Board Chairman V K Yadav held a meeting with senior officials via video conferencing and asked them to be prepared in the event of community transmission of coronavirus.

"The instructions are to achieve preparedness and be on standby," an official who attended the meeting was quoted as saying. "This is keeping in mind the scenario of a long battle beyond the 21-day lockdown," he added.