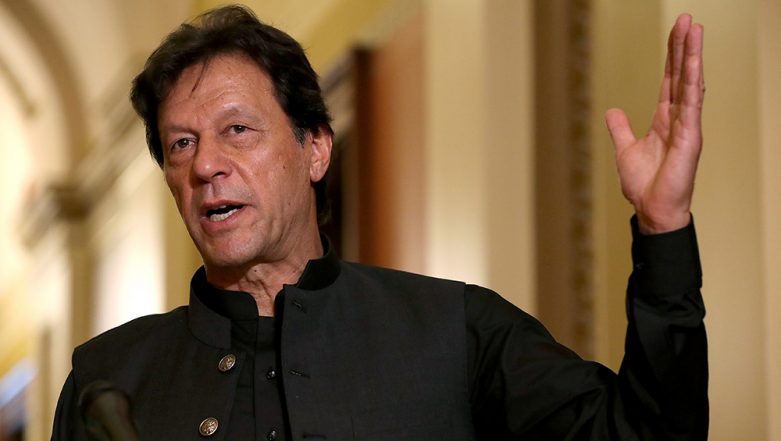 New Delhi, August 31: Pakistan's repeated threat to close its airspace for Indian airlines seems more aimed at placating its own people angry over the Kashmir issue as taking such a step would come with a huge financial cost for the crisis-ridden country.

At a time when its flag carrier Pakistan International Airlines (PIA) desperately needs government funds to stay afloat and the country is losing Rs 850 crore due to airspace closure in the wake of tensions with India, another airspace closure to bar Indian carriers from overflying could cost it dearly. Imran Khan Warns World of India-Pakistan Nuclear War if Kashmir Issue Remains Ignored.

Struggling to survive, PIA recently retrenched hundreds of people and depends on government funds to continue its business. While Pakistan government has maintained that it stands behind the national carrier, the commitment appears hollow given its own finances are precarious.

Pakistan's Federal Minister for Aviation Ghulam Sarwar Khan had last month said that Pakistan Civil Aviation Authority suffered a loss of Rs 8.5 billion owing to airspace restrictions since February 2019 in the wake of a military clash with India.

The airspace was opened in July but following the Indian government's move to abrogate Article 370, Pakistan has often talked about airspace closure.

As per local media reports in Pakistan, Prime Minister Imran Khan had on Tuesday chaired a meeting of the aviation division in Islamabad to discuss PIA's business plan, requirements and other issues.

The airline plans to add 12 new planes to its fleet by 2023 taking the total size to 45. Four planes will be added to the fleet by 2020. Industrial relations at the airline have been strained with its pilot body and the management being at loggerheads threatening to affect flight operations.

The pilot body had recently blamed the airline management for "non-serious attitude" as it had not "paid any heed to repeated reminders" regarding "continuous violation of its own flight operation manual" as well as of local and international safety guidelines that put both the aircraft and passengers' safety at risk, a local newspaper reported.