The Delhi High Court on Tuesday formed a committee headed by a District Judge and supervised by former Puducherry Governor Kiran Bedi to monitor the situation in Adhyatmik Vidyalaya, a spiritual place in north Delhi's Rohini, where a number of girls are allegedly held captive in "animal-like" conditions. 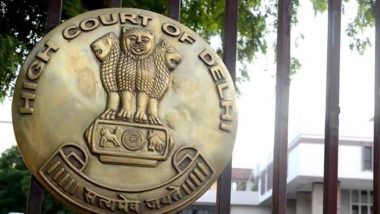 New Delhi, April 26: The Delhi High Court on Tuesday formed a committee headed by a District Judge and supervised by former Puducherry Governor Kiran Bedi to monitor the situation in Adhyatmik Vidyalaya, a spiritual place in north Delhi's Rohini, where a number of girls are allegedly held captive in "animal-like" conditions.

The Adhyatmik Vidyalaya is led by absconding self-styled godman Virendra Dev Dixit. Noting the vulnerability of women and children, a division bench of Acting Chief Justice Vipin Sanghi and Justice Navin Chawla said some vigilance is needed to keep a tab on such organisations.

Constituting the five-member committee, the bench said it will have the District Judge concerned, District Magistrate, Deputy Commissioner of Police (Women Cell) having jurisdiction in the area, Secretary, District Legal Services Authority, One nominee of Delhi Commission for Women (DCW) and District officer of Women and Child Department, who shall be the convenor and shall also act as the Nodal officer. The panel will be supervised by Kiran Bedi, it added. Delhi HC Issues Notice To Centre on PIL Against Criminal Procedure Identification Act 2022.

Further hearing in the matter will be on May 27. Earlier on April 19, the bench had issued a show-cause notice to the institution while dealing with the matter.

The incident came to light first in 2017 followed by a raid by a high-court appointed committee accompanied by Delhi Commission for Women chief Swati Maliwal who was asked to be a part of the team during the inspection.

The committee had told the court that the girls and women were kept in the ashram in "unhygienic and animal-like conditions with no privacy even for bathing" and rescued around 40 women from there.

In 2018, the Delhi High Court had barred the ashram Adhyatmik Vishwa Vidyalaya from representing itself as "Vishwa Vidyalaya" and directed the CBI to follow all possible steps to trace the self-styled godman.

On December 20, 2017, the Delhi High Court directed the CBI to investigate the alleged illegal confinement of girls and women in the ashram who had been kept in inhuman conditions behind metal doors in a "fortress" surrounded by barbed wire.

The Central Bureau of Investigation had registered three cases against Dixit for allegedly keeping several women and minor girls hostage at his ashram. During the course of the hearing on Tuesday, the bench was in the view that the place should be taken care of by the Health Department of the Delhi government. Ahmedabad Shocker: Four Men ‘Gang-Rape’ Differently-Abled Migrant Woman Several Times; Booked.

"In broad daylight in a city like Delhi, you're going on with these scandals. This won't go on for another day. We are aghast to read this," the bench remarked.

After a detailed hearing, the matter was posted for April 21 clubbed with the plea filed by NGO Foundation for Social Empowerment.

(The above story first appeared on LatestLY on Apr 26, 2022 03:53 PM IST. For more news and updates on politics, world, sports, entertainment and lifestyle, log on to our website latestly.com).