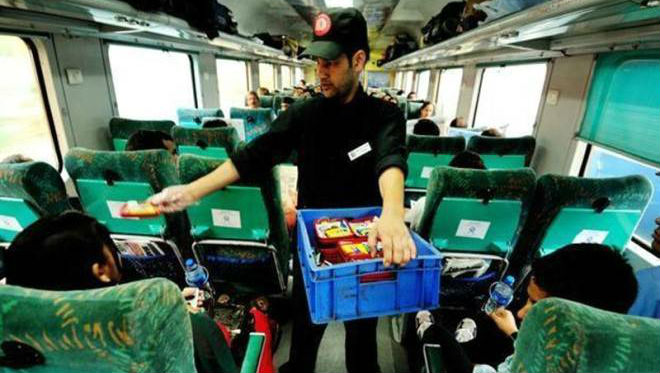 New Delhi, January 21: Passengers travelling in Indian Railways will not be able to enjoy several popular Kerala delicacies on board the train during their journey. Reports inform that many dishes of Kerala have been dropped out from the Railways’ menu by the Indian Railway Catering and Tourism Corporation (IRCTC). The recent decision comes after the revision of vegetarian menu by the IRCTC, a reported Manorama Online stated, adding that the south Indian dishes are being replaced with North Indian dishes.

The report states that several items including Puttu (steamed rice cake), Kadala curry (black chickpea curry), egg curry and Appam are among the items removed from the menu. Apart from these dishes, several other items such as Pazhampori (banana fry), Kozhukatta, Unniappam, Neyyappam and Sukhiyan have also been replaced in the menu. In place of these items, several Indian snacks such as samosa, kachori, aloo bonda and stuffed pakoda will be added in the menu, the report added. Indian Railways Hikes Passenger Fares For New Year 2020, Raises Non-AC Train Charges by 2p/Km, AC Class Rates by 4p/Km.

The report also adds that the prices of the local food items have been increased considerably. The price of snacks such as Uzhunnu Vada and Parippu Vada have been doubled from Rs 8.50 to Rs 15 while items such as Aloo Bonda, Kachori, and Samosa will continue to be sold at Rs 20. The prices of meals too have gone up to Rs 70 from Rs 35. The report added that the development has led to the rise of allegations that the IRCTC is imposing north Indian dishes on south Indian commuters.