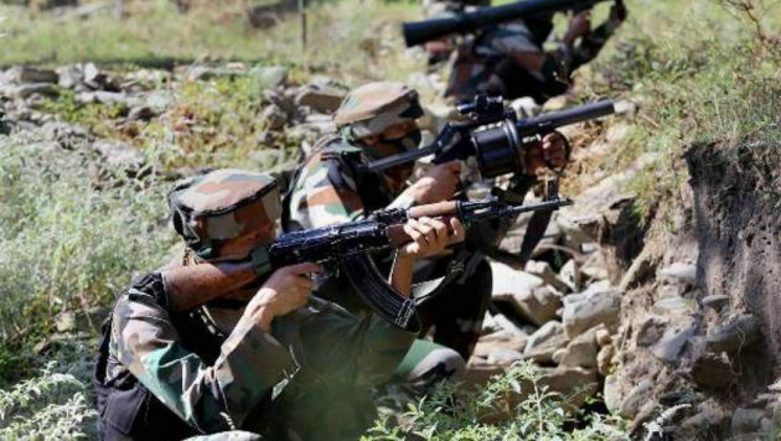 Rajouri, August 21: Pakistan on Wednesday violated ceasefire in Sunderbani sector of Jammu and Kashmir’s Rajouri district. The Pakistan Army started shelling across the Line of Control (LoC) at 3:45 pm. Till now, there are no reports of any casualties or injuries. The Indian Army is retaliating strongly to Pakistan’s aggression. More details are still awaited. Indian Army Jawan Martyred as Pakistan Violates Ceasefire Along LoC in Jammu & Kashmir's Poonch.

It is the second incident of ceasefire violation by Pakistan in the last two days. On Tuesday, an Army soldier was martyred in the cross border firing by Pakistan along the LoC in Poonch district. Pakistan violated ceasefire at around 11 am. The Indian Army also retaliated strongly. Four Indian soldiers were also injured in the cross border skirmish which erupted in Krishna Ghati sector. Indian Army Rejects Pakistan's Claim of Killing 6 Indian Soldiers Along LoC, Terms it 'Propaganda' to Seek International Attention.

On August 20, the Indian Army also rejected Pakistan’s claim of killing six Indian soldiers in cross-border firing along the LoC. The Indian Army said that it had not initiated any ceasefire violation as claimed by Pakistan and termed it as propaganda by the neighbouring country to seek international attention.