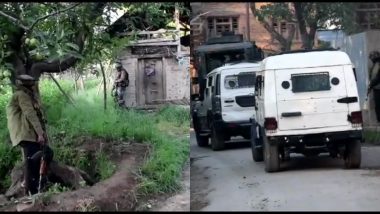 According to the initial details, the joint operation is being carried out by the Central Reserve Police Force's (CRPF) 183 Battalion, Indian Army's Rashtriya Rifles unit and the Jammu and Kashmir Police.

(The above story first appeared on LatestLY on Jul 07, 2020 08:30 AM IST. For more news and updates on politics, world, sports, entertainment and lifestyle, log on to our website latestly.com).