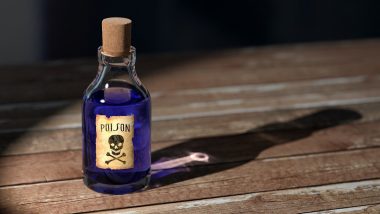 Bengaluru, October 4: In a shocking case, parents and brother of a woman ended their lives after she eloped with a man belonging to another caste in the Handiganala village of Karnataka's Chikkaballapur district.

The deceased have been identified as Sriramappa (63), Sarojamma (60) and Manoj (24). The incident came to light on Tuesday. The parents had lodged a missing complaint on Monday with the Sidlaghatta Rural police station. Karnataka Shocker: 16-Year-Old Boy Forced To Perform Worship Without Clothes; Police File FIR After Video Goes Viral.

According to police, the woman, Archana, was in love with Narayanaswamy, who belonged to another caste and was suspected to have eloped from her house to marry him.

The deceased father had left a death note before committing suicide. He had stated that his daughter was the reason for his death and further wrote that his daughter should not get anything from his property. The three family members committed suicide when elder son Ranjith was asleep. The police also found a message sent by the deceased Manoj to his sister. Karnataka Shocker: Youth Hacked to Death in Melukote, Police Suspect Personal Enmity.

He had pleaded with his sister to come back before 11 p.m. on Monday. He also said that due to her decision the entire family was suffering and if she did not return before 11 p.m., she would not see her family members alive. Manoj had also stated that they have already brought tablets and all would consume them and end their lives after 11 p.m. The police have taken up further investigation.

(The above story first appeared on LatestLY on Oct 04, 2022 12:49 PM IST. For more news and updates on politics, world, sports, entertainment and lifestyle, log on to our website latestly.com).