The Mayor of Kerala's cultural capital Thrissur is peeved that police officials do not only salute him when he passes through the city in his official vehicle, but "also turn away". 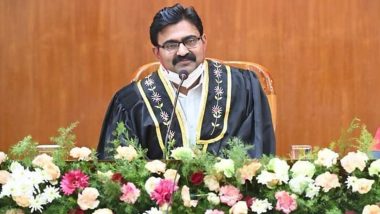 Thiruvananthapuram, July 2: The Mayor of Kerala's cultural capital Thrissur is peeved that police officials do not only salute him when he passes through the city in his official vehicle, but "also turn away".

Not one to lie low, M.K.Varghese, a former air force official, has taken his complaint to the new state police chief Anil Kant with a demand that orders be passed to rectify this "mistake".

"This salute is not for me, instead it is for the post that I occupy. In my defence career I have given and taken salutes. I have studied the protocols and it is very clear that in the Corporation area, according to the protocol, the Mayor is third in the list after the Governor and the Chief Minister," he said.

"What I have noticed is while the police officials here salute the legislators, MP and other police officials, who are all very lower in the list of protocol, the Mayor is being denied this. This is wrong and I have raised the issue with the new state police chief. Let us wait and see what happens," he added.

Varghese, who won the civic polls as a rebel Congress candidate, was a surprise choice for the Mayor as in the 54 divisions of the Corporation, the Left won in 24, the Congress in 23, and the BJP in six.

The Left offered Varghese the post of the Mayor for the first two years and he accepted it. In December, his first year will be over.

(The above story first appeared on LatestLY on Jul 02, 2021 06:07 PM IST. For more news and updates on politics, world, sports, entertainment and lifestyle, log on to our website latestly.com).