The woman further claimed that the accused gave her pills to terminate pregnancy. "He allegedly threatened to make her photos public," the officer said. 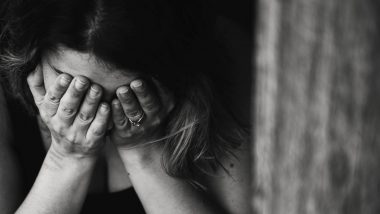 Mumbai, July 6: The Mumbai Police recently arrested a 38-year-old developer from Virar for allegedly raping a 29-year-old woman at a five-star hotel in central Mumbai. Police officials said that the case was registered in Navi Mumbai, however, it was transferred to the city police as the alleged incident took place at a hotel in Lower Parel hotel, which falls under the jurisdiction of N M Joshi Marg police station.

According to a report in the Times of India, the victim her complaint alleged that her sister in-law's 38-year-old husband raped her and shot her private videos and photos. The woman is a resident of Navi Mumbai. Mumbai: 50-Year-Old Man Rapes 16-Year-Old Girl, Arrested After Family Finds About Daughter’s Pregnancy.

"She stated that earlier she resided at Dadar with her in-laws. She shifted to Navi Mumbai with her husband later. As the accused is a relative, he met the complainant at family functions. The complainant said the accused promised to marry her and often, from February last year to June 14 this year, he took her to hotels in Alibaugh, Navi Mumbai and Pune," a police officer said.

According to police sources, cops are likely to collect CCTV footage from the nearby places where the alleged incident took place. The woman further claimed that the accused gave her pills to terminate pregnancy. "He allegedly threatened to make her photos public," the officer added.

So far, the police have arrested the accused and seized his mobile phone, which will be sent for cyber analysis to the Kalina forensic science laboratory. Inspector Sachin Kumbhar is investigating the case. Gurugram Shocker: Man Booked for Forcing Wife To Attend Wife-Swapping Parties.

The accused has been booked under sections 376 (punishment for rape), 377 (unnatural offences) and 313 (causing miscarriage without woman's consent) of the Indian Penal Code. The accused, who was arrested last week has been sent to judicial custody.

(The above story first appeared on LatestLY on Jul 06, 2022 10:24 PM IST. For more news and updates on politics, world, sports, entertainment and lifestyle, log on to our website latestly.com).