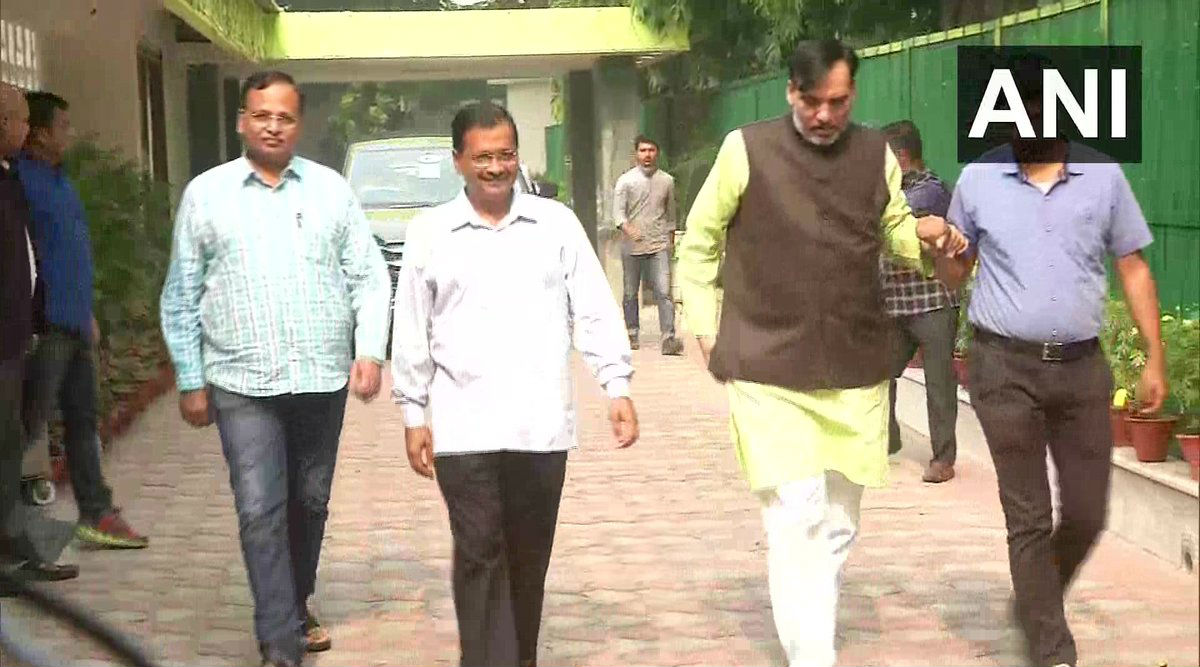 New Delhi, November 4: Delhi Chief Minister Arvind Kejriwal on Monday carpooled with his ministerial colleagues Satyendar Jain and Gopal Rai, in an attempt to encourage the practice of sharing vehicles during the odd-even period. AAP leader and labour minister Gopal Rai stated that they will be defeating the menace of pollution through this initiative. Odd-Even Scheme in Delhi: Know Who Is Exempted and Who’s Not, Rules, Dates, Fines and More.

Rai said, "We will defeat pollution same as we defeated Dengue. BJP leader Vijay Goel making fun of the scheme is equivalent to making fun of Delhi citizen's right to live". Kejriwal also urged all citizens to use carpooling and follow rules of the car rationing scheme.

"If there were 30 lakh vehicles on Delhi road every day and it will be reduced to 15 lakh now, it naturally will lead to a reduction in pollution", he said.He also cornered the Central government on the issue. "Pollution is an issue of the whole of North India and Delhi alone can't do much about it. The central government has to act on it and why do they blame Delhi and its residents about it", Kejriwal stated. The Delhi Chief Minister also stated that cab aggregator companies have been directed to not to do surge pricing during the period of odd-even.

Commenting on the stand of BJP leader Vijay Goel where he said that he will not follow the provisions of the odd-even scheme, Kejriwal said, "It is not right and very disheartening to see that BJP leaders are doing politics on this issue of odd-even. They should not do it.

A flagship scheme of the Aam Aadmi Party(AAP)-led Delhi Government, the odd-even scheme is a car rationing system aimed at combating pollution, by allowing the cars with odd and even number plates to ply on the roads of the national capital on alternate days. The scheme which has started from today will go on till November 14 and will be applicable from 8 am to 8 pm. It will not be effective on Sunday, November 10.