Online Fraud in Hyderabad: 34-Year-Old Widow Duped of Rs 50 Lakh By Man Who Met Her on Matrimony Website

In an incident of cybercrime, a 34-year-old widow was duped of Rs 50 lakh on the pretext of marrying her. The victim is a software employee at Hyderabad’s Jubilee hills. The fraudster impersonated as an Italy-based Indian origin doctor. 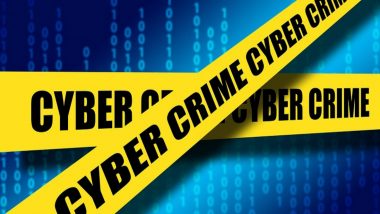 Hyderabad, June 21: In an incident of cybercrime, a 34-year-old widow was duped of Rs 50 lakh on the pretext of marrying her. The victim is a software employee at Hyderabad’s Jubilee hills. The fraudster impersonated as an Italy-based Indian origin doctor. The victim came in contact with the man through a matrimony website two months ago.

According to a report published in The Times of India, the man introduced himself as Vijay Anand, an Indian origin doctor from Italy and showed interest in marrying the woman after seeing her profile on the matrimony website. Vijay had told the victim that he had decided to move to India and settle here.  The accused even said that he had closed his practice in Italy and sent all his belongings to India through air cargo. Punjab Mill Owner Duped of Rs 7 Lakh by Fraudsters After Google Search for Bank Customer Care Number.

“About 10 days ago, the victim received a phone call from fraudster’s associate posing as a Delhi-based customs official, informing about Vijay’s cargo being held in customs,” reported the TOI quoting cybercrime ACP KVM Prasad as saying. Vijay’s associate told the software engineer to pay Rs 38,000 as a customs duty charges. Online Fraud in Pune: 23-Year-Old Man Duped of Rs 95,500 by Online Stock Trading Firm Based in Indore.

The man posing as a customs official again called the victim, stating that 20,000 euros were found in one of Vijay’s parcels. He even threatened the woman with legal action for illegally smuggling foreign currency. The victim made a transaction of Rs 2.5 lakh. In total, the woman paid Rs 50 lakh through various transactions over 10 days as duties for Vijay’s equipment. The victim lodged a complaint after the fraudster asked her to pay Rs 30 Lakh more. A case of cheating has been registered. The police have started an investigation into the matter.

(The above story first appeared on LatestLY on Jun 21, 2021 05:22 PM IST. For more news and updates on politics, world, sports, entertainment and lifestyle, log on to our website latestly.com).