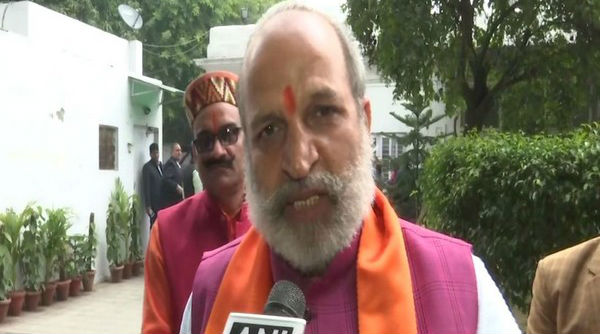 New Delhi, June 13: BJP leader Jai Bhagwan Goyal said that Prime Minister Narendra Modi is doing good works for the country as Chhatrapati Shivaji did and that is why he compared him with the Maratha icon.

"Comparing Narendra Modi with Shivaji means the people of India used to feel safe today as during the time of Shivaji. India has gained respect in the world under PM Modi," he said.

"Taking to Twitter, Raut said: "Writer of this book, which was released in BJP office, Jai Bhagwan Goyal, who is he? This Jay Bhagwan Goyal is the same person who had attacked Maharashtra Sadan in Delhi and had abused Shivaji Maharaj's Maharashtra and Marathi people. Well done BJP !!!."