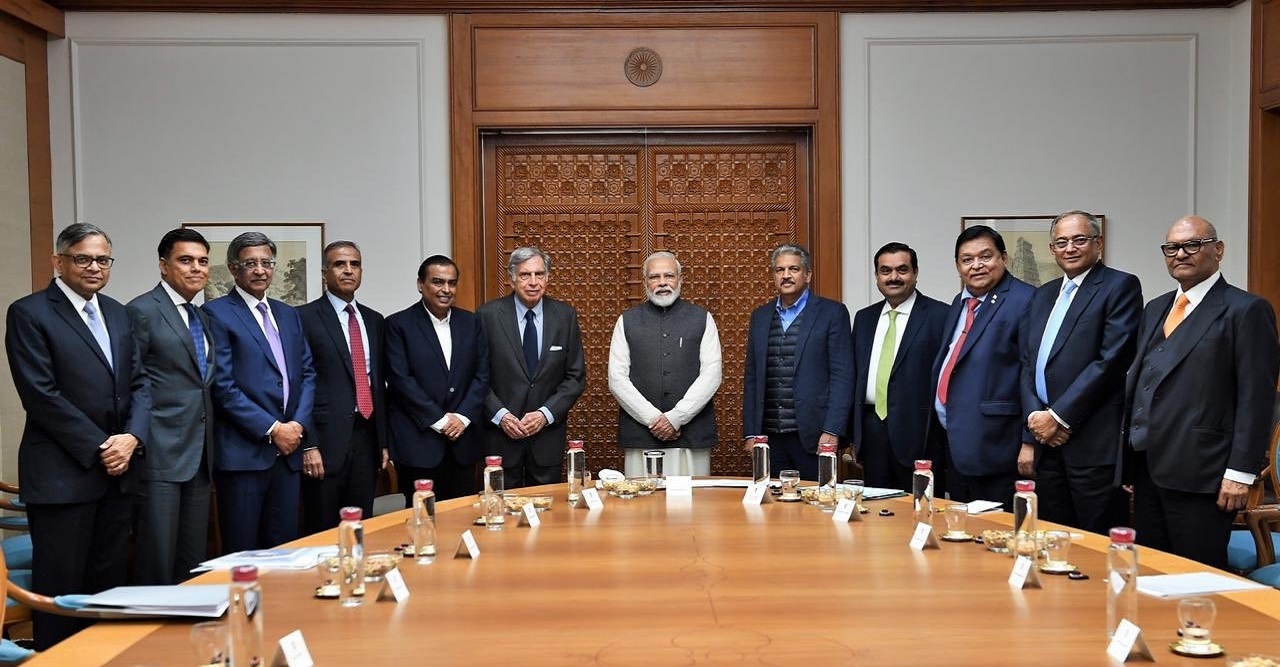 The over two-hour meeting discussed the current economic scenario and measures needed to boost growth, consumption, employment, and reviving economy, sentiments and industrial growth from the slowdown. The advance estimates for 2019-20 GDP numbers will be released on Tuesday. Narendra Modi at ASSOCHAM: Around 6 Years Back, Indian Economy Was Heading Towards Disaster, BJP Government Has Helped Stabilise It.

India's gross domestic product (GDP) growth for the three months ending September 2019 (Q2FY20) fell to 4.5 per cent, down from 5.0 per cent in the previous three months and 7 per cent for the corresponding period of 2018 as consumer spending and private investment weakened further and a global slowdown impacted exports growth. This was the lowest reading since 4.3 per cent recorded for the January-March quarter of 2013. With this reading, India's economic growth fell for the sixth straight quarter.

The output of eight core infrastructure industries contracted for the fourth consecutive month in November by 1.5 per cent, showing no signs of improvement. Since August, the eight core industries are recording negative growth. The output of coal, crude oil, natural gas, steel, and electricity declined by 2.5 per cent, 6 per cent, 6.4 per cent, 3.7 per cent and 5.7 per cent, respectively, according to the data. The eight core sectors had expanded by 3.3 per cent in November 2018. Finance Minister Nirmala Sitharaman will present the Budget 2020 in February.