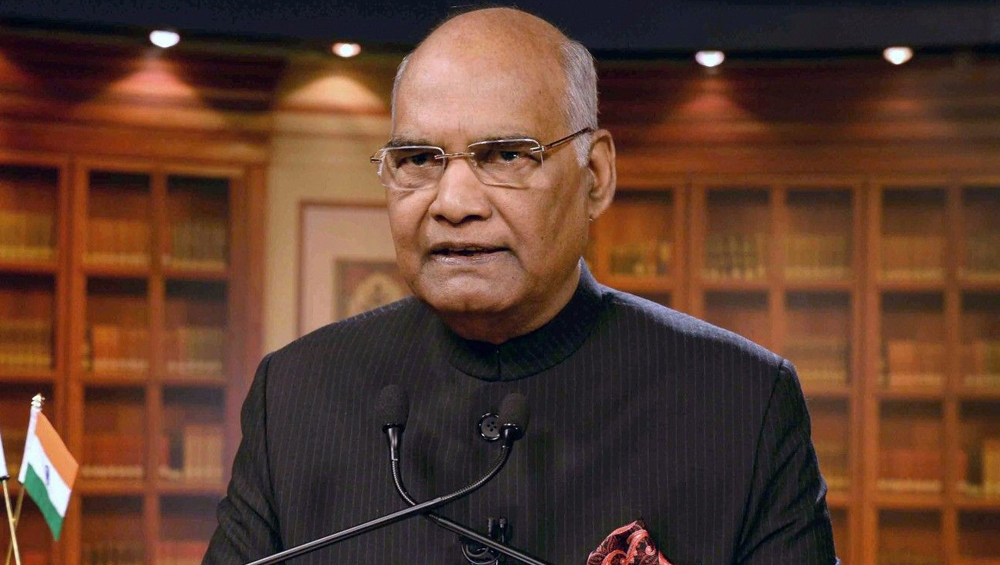 New Delhi, January 25: President Ram Nath Kovind on Saturday addressed the nation on the eve of the 71st Republic Day and asked the citizens to uphold constitutional ideals. In his address, he asked the youth of the nation to remember the teachings of Mahatma Gandhi and must never forget "the gift of Ahimsa" while fighting for a cause.

Addressing the nation on the national television, the President said, "It becomes easier for us to follow these constitutional ideals, if we keep in mind the life and values of the Father of our Nation. By doing so, we will be adding a meaningful dimension to our celebrations of 150th birth anniversary of Gandhi ji." President Ram Nath Kovind Addresses Nation on Republic Day Eve, Tells People to Remain Non-violent When Fighting For a Cause.

Gandhiji’s talisman for deciding whether an act is right or wrong also applies to the functioning of our democracy: President Kovind pic.twitter.com/fdmJIUcBRz

The President Gandhiji's message of truth and nonviolence must be introspected by the masses. He said, "Government and opposition both have important roles to play. While giving expression to their political ideas, both must move forward in tandem to ensure that development of the country and welfare of its people are promoted consistently."

When fighting for a cause, people, particularly the youth, should not forget the gift of Ahimsa Gandhiji gave to humanity: President Kovind pic.twitter.com/B0XtYeaM2g

Adding more, he appealed to the youth to adhere to the tenets of democracy enshrined in the Constitution. He said, "Our Constitution gave us rights as citizens of a free democratic nation, but also placed on us the responsibility to always adhere to the central tenets of our democracy - justice, liberty, equality and fraternity." Also, President Kovind praised the armed forces, paramilitary and internal security forces for sacrifices to preserve the integrity and unity of our country. He also congratulated the scientists of ISRO.