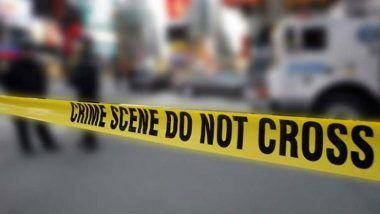 According to report, published in the New Indian Express, Singh was allegedly kept hostage by his girlfriend's family members for six hours and reportedly beaten him to death. Both Singh and his girlfriend hail from Dhalleke village of Moga district of Punjab. UP Shocker: 3 Sisters in Saharanpur Consume Pesticide After Tiff Over Watching Favourite TV Serial, One Dies.

The report further states that Singh was allegedly kept hostage from 12 am (midnight) to 6 am and was continuously beaten. Following this, the neighbours came to know and rescued the youth. They took him to the government hospital where he was declared dead at 6.30 am due to multiple fractures. The hospital administration informed the police, who sent Singh's dead body for post-mortem.

As per the last information, police personnel were questioning the kin of Singh's girlfriend, who were taken into custody. However, no case has been registered and no formal arrest has been made as of yet.

(The above story first appeared on LatestLY on Jun 24, 2020 04:21 PM IST. For more news and updates on politics, world, sports, entertainment and lifestyle, log on to our website latestly.com).