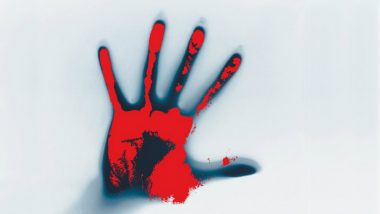 He threw them in a 13-feet deep water tank outside his house and then he plunged into it, said Station House Officer (SHO) Omprakash. His neighbours spotted him jumping and they informed the police, the officer said.

“All the four girls drowned in the tank. Their bodies were shifted to the mortuary at a nearby hospital while Purkha Ram was admitted to the district hospital. The bodies were handed over to the family after postmortem,” he said. Hyderabad Shocker: Man Kills 2-Year-Old Son By Slitting His Throat With Knife, Flees From Home After Committing Crime.

Primary investigation revealed that he was distressed as his wife died due to Covid about five months ago. He wanted to marry his sister-in-law so his daughters could have a mother but his in-laws didn't agree, he said.