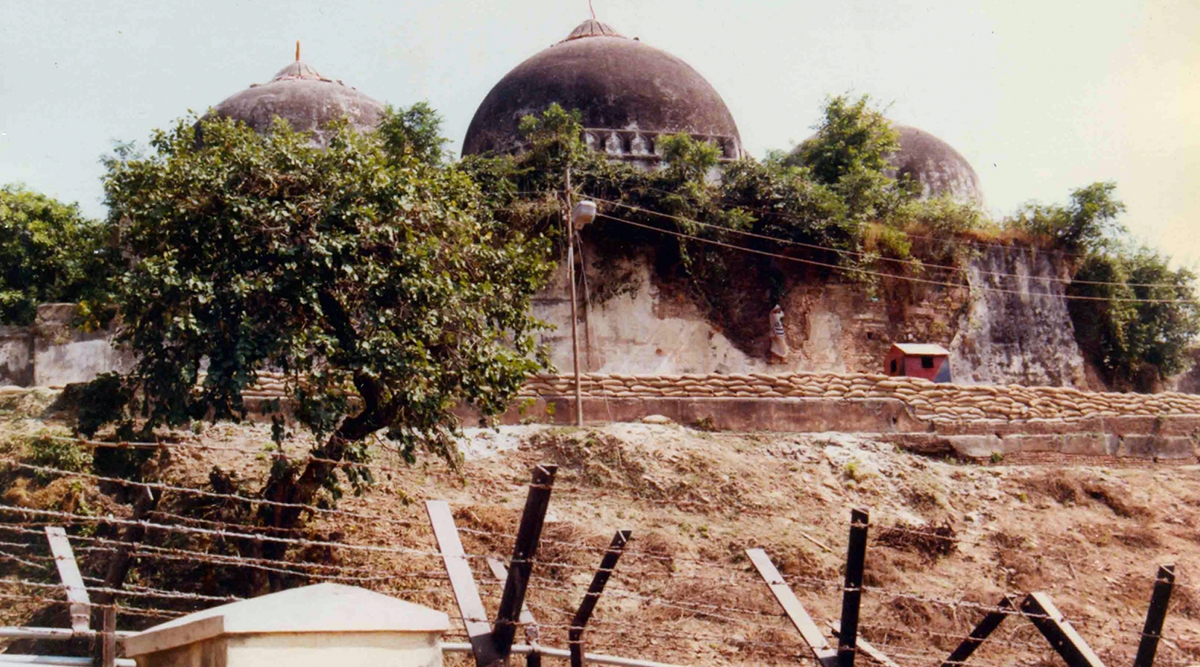 Aligarh, December 8: Two students of the Aligarh Muslim University (AMU) have been booked by the police for sharing an objectionable social media post related to the Babri Masjid demolition with a picture of senior Bharatiya Janata Party (BJP) leader L.K. Advani.

Talha Mannan and Sharjil Usmani were booked on a complaint filed by the BJP Yuva Morcha district in charge, Prateek Chauhan. The post was an invitation to a public meeting on Friday at the AMU's Kennedy lawn on the subject -"Punish Those Guilty of Babri Demolition". Babri Masjid-Ram Janmabhoomi Case Verdict: Ayodhya Admin Warns Residents Against Making Defamatory Post on Deities on Social Media, Bans Victory Processions.

Chauhan stated that such kind of a meeting was an effort to provoke the youth and vitiate the peaceful atmosphere.

Anil Samaniya, Circle Officer Civil Lines, confirmed the development and said that Mannan and Usmani were booked under Section 153 A (Promoting enmity between different groups on grounds of religion, race etc) of the IPC and Section 67 (publishing or transmitting obscene material in electronic form) of the IT Act. He said that the matter was being probed.

Meanwhile, AMU proctor Afifullah Khan, said that Manna is the student of MA Education while Usmani was a former student of the varsity.