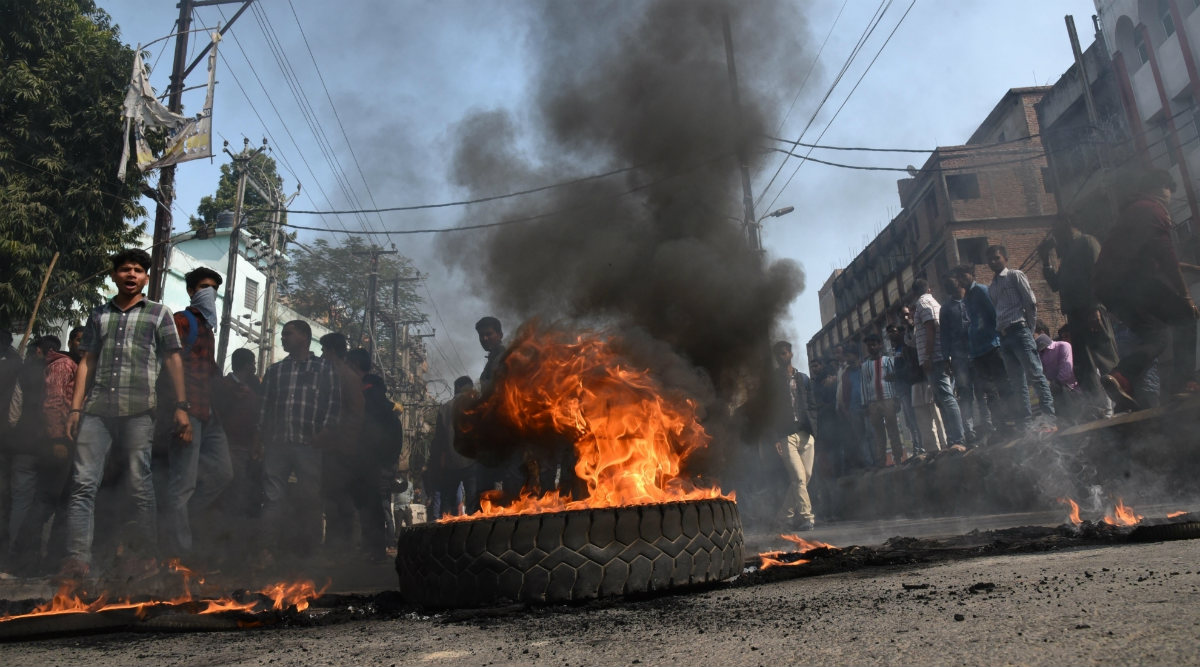 Kanpur, February 14: Six persons were injured and a house was set ablaze in a clash between members of the Dalit and upper caste communities in Uttar Pradesh's Kanpur Dehat district.

The incident took place on Thursday in Mangta village and the police have arrested six persons in this connection.

According to reports, the communities allegedly clashed during the 'Bhim Shobha Yatra' which was being taken out after the culmination of 'Bhim Katha' organized by members of Dalit community in Gautam Buddha park in the village outskirts on February 8.

"After the culmination of 'Bhim Katha', members of Dalit community took out 'Bhim Shobha Yatra' in the village on Thursday. Both the communities entered into an altercation after a minor youth allegedly hit the poster of Dr Bhimrao Ambedkar with a stick. Both the groups also started pelting stones at each other injuring around six persons," said a police official.

Additional forces from nearby police stations and PAC was rushed to the village to control the situation. The injured have been admitted to the district hospital in Akbarpur.

SP Kanpur Dehat, Anurag Vatsa, said that adequate force has been deployed and strict action will be initiated against those responsible for the incident.