A 28-year-old newly-married man was admitted to the hospital after he overdosed on viagra. According to reports, the man started taking the oral medication as advised by his friends. 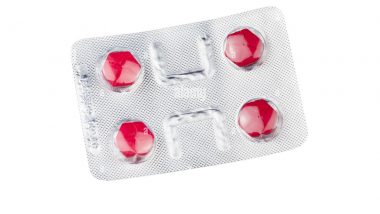 Kanpur, June 8: One should not consume medication without the guidance of a doctor, moreover, one should not take medical advice from people who are not qualified to offer it. Because doing so may land you in trouble. One such bizarre incident has come to light from Prayagraj where a 28-year-old newly-married man was admitted to the hospital after he overdosed on viagra. According to reports, the man started taking the drug as advised by his friends.

The man reportedly started consuming as much as 200 mg of the drug daily, nearly four times the prescribed amount, and which led to developement of a condition called priapism. He ended up with an erection that did not go even after 20 days. After being frustrated, his wife left him and returned to her maternal home. She returned post request by man's family but soon left again after admitting him to a hospital. UK Nurse Wakes Up From 28-Day COVID-19 Coma After Being Given Dose of Viagra: Reports.

Doctors performed a penile prosthesis surgery on him. According to the doctors, though the man can have children, the tension in his private part will never subside. He will have to wear a tight cloth to hide the permanent erection or bulge.

Viagra is used to treat sexual disorders like erectile dysfunction. Many people take the drug to prolong their erection for certain time, however, overdosing or taking the drug slightly more than recommended can lead to dire consequences.

(The above story first appeared on LatestLY on Jun 08, 2022 03:53 PM IST. For more news and updates on politics, world, sports, entertainment and lifestyle, log on to our website latestly.com).