Who is IPS Subodh Kumar Jaiswal? Everything You Need to Know About New CBI Director And Former Maharashtra DGP 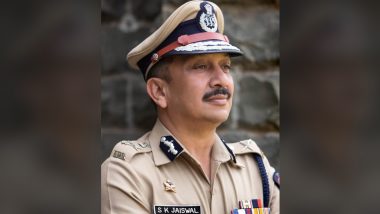 In order, the Department of Personnel and Training (DPT) said, "The Appointments Committee of the Cabinet has, based on the panel recommended by the Committee, approved the appointment of Subodh Kumar Jaiswal, IPS, (Maharashtra 1985) as Director, CBI for a period of two years from the date of assumption of the charge of the office or until further orders whichever is earlier.

IPS Subodh Kumar Jaiswal has been appointed as Director of Central Bureau of Investigation (CBI) for a period of 2 years pic.twitter.com/jFGwZbOen4

Who is IPS Subodh Kumar Jaiswal?

Subodh Kumar Jaiswal is the 1985 batch IPS officer from the Maharashtra cadre. He was the former DGP of Maharashtra. He also held the position of the police commissioner of Mumbai.

Jaiswal was also associated with the Research and Analysis Wing (RA&W) for nine years during which he served as the additional secretary of India's external intelligence agency for three years. At present, he is the chief of the Central Industrial Security Force.

(The above story first appeared on LatestLY on May 25, 2021 11:17 PM IST. For more news and updates on politics, world, sports, entertainment and lifestyle, log on to our website latestly.com).