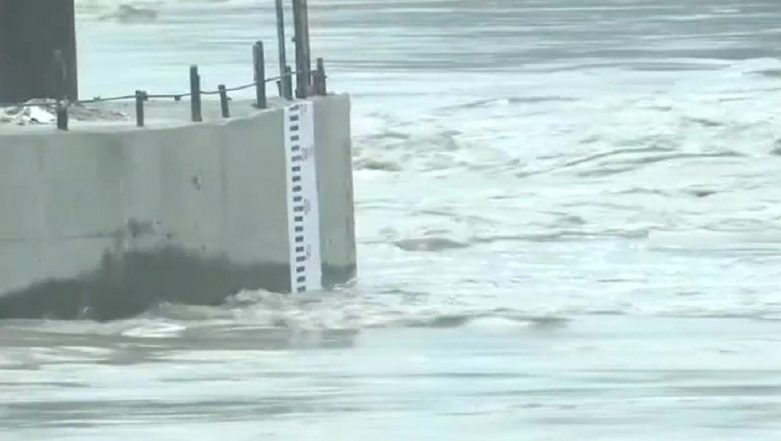 New Delhi, August 20: The water level in river Yamuna has increased further and has crossed the danger level mark on Tuesday. According to the latest ANI tweet, the water level of the Yamuna river has risen to 205.94 meters, 0.61 meters above the danger level of 205.33. metres. The Yamuna on Monday crossed the 'warning mark' of 204.50 metres. Yamuna River Set to Cross 'Danger Mark', Families at Risk in Delhi.

Families living in the low-lying areas near the Yamuna in the national capital were evacuated. Authorities in New Delhi have already started to evacuate families from areas like Gandhi Nagar and Yamuna Bank metro station near Akshardham.

Amid the rising water level, Delhi Chief Minister Arvind Kejriwal on Monday called for an emergency meeting of officials, the government said. The authorities have started to fix temporary camps and arrange food for the families living in these areas. Officials claim that over 60 tents would be pitched near the Yamuna Bank metro station each sufficient to accommodate at least four individuals.

(With additional inputs from IANS)