Zydus Cadila on Wednesday stated that the company has begun supplying the Central government with its three-dose Covid vaccine “ZyCoV-D”. In a statement, the company informed soon the needle-free vaccine will be accessible in the private market also. 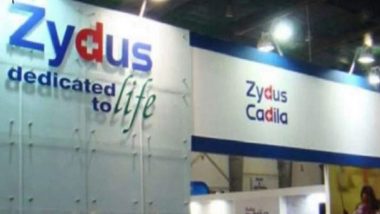 Zydus Cadila on Wednesday stated that the company has begun supplying the Central government with its three-dose Covid vaccine “ZyCoV-D”. In a statement, the company informed soon the needle-free vaccine will be accessible in the private market also.

Last year, the vaccine had received authorisation for emergency use in the 12 and above age group by the Drugs Controller General of India. Zydus Cadila Supplies First Consignment of ZyCoV-D COVID-19 Vaccine to Centre.

The ZyCoV-D is the world’s first and India’s indigenously developed DNA based vaccine for COVID-19 to be administered in humans including children and adults 12 years and above. The vaccine has been developed in partnership with the Department of Biotechnology (DBT), under the ‘Mission COVID Suraksha’, implemented by BIRAC, a PSU of DBT.

The company said it has conducted the largest clinical trial for the vaccine in India in over 50 centres so far. The vaccine will be priced at Rs 265 per dose and the applicator being offered at Rs. 93 per dose excluding GST.

ZyCoV-D is a Plasmid DNA vaccine that when administered produces the spike protein of the SARS-CoV-2 virus and elicits an immune response mediated by the cellular and humoral arms of the human immune system, which play a vital role in protection from disease as well as viral clearance.

The Ahmedabad-based pharma major states that the plug and play technology on which the plasmid DNA platform is based can be easily adapted to deal with mutations in the virus, such as those already occurring.

Frontline workers and vaccinators will be provided with brief training to use the needle-free pharma jet application in actual field settings for the adult population.

In November last year, the company received an order of 1 crore vaccines from the centre at Rs 358 for each dose. ZyCoV-D adds to the three vaccines currently being used in India—Covishield, Covaxin and Sputnik V.

Currently, the only vaccine being administered in children is Covaxin while two more shots (Covovax and Corbevax) are in the pipeline after receiving the Drug Controller General of India’s clearance for Emergency use in 2021.

How are needle-free injections administered

Needle-free injectors deliver the vaccine by penetrating the skin with a small stream of fluid and delivering the vaccine to the desired tissue depth. As per the company, this technology can remove the risk of needlestick injury while also significantly reducing any potential negative effects.

It will also benefit patients with trypanophobia, a disorder characterised by an irrational fear of blood or needles.

(The above story first appeared on LatestLY on Feb 03, 2022 02:50 PM IST. For more news and updates on politics, world, sports, entertainment and lifestyle, log on to our website latestly.com).